You might be asking yourself, why only 6 pictures of Vienna? Because I literally only took 6 pictures in Vienna! Isn’t being sick while traveling the best?! I should preface this by stating that my THREE previous trips to Vienna either were canceled or fell through due to expensive prices, events canceled, and visa issues so I kept joking that I would never see Vienna. Well, that still holds true because I spent the entire 4 days in bed!

The most ironic part? I took a 10-day trip with my sister to Budapest, Bratislava, and Vienna with the Prince flying into Vienna to meet us. I was totally fine for our 4 days in Budapest and day in Bratislava. However, on the 1-hour train ride from Bratislava to Vienna I turned to my sister and said, “Loren, I really don’t feel well.” She later told me that it was one of those times when just looking at my face she could tell I was REALLY sick and not just saying it.

That evening, and for the next 3 days, it was an endless cycle of spike a high fever (like 101+ F or 39+ C), take ibuprofen, take a shower to break the fever, sleep, wake up drenched in sweat due to breaking the fever, sleep, wake up with a high fever and shivering…and repeat…for 4 DAYS! I finally went to a doctor in Vienna and final diagnosis? Strep throat plus an upper respiratory infection. Poor Prince, I probably woke him up at least twice a night. He felt so bad for me that he even watched chick flicks with me. Amazingly, the Prince and my sister never got sick!

***I should note that I’m the Strep Throat Queen and used to get it like 3-6 times a year as a child. Yet doctors still never took out my tonsils!

I have to thank my sister for entertaining the Prince in Vienna the entire time while I stayed in bed and slept. Also Prince (I know you’re reading this), I’ll never forgive you for not coming to the doctor with me…just kidddddingggg! ;)  Although it was pretty sad seeing you and my sister standing on the curb while I drove away in a taxi to the doctor. (Note: He asked a dozen times whether he should come and I told him to go enjoy the city!)

I wish I could have fully appreciated the beauty of Vienna because look at these building and the gorgeous architecture?! Don’t worry Vienna, I’m coming back for you in the near future!!! 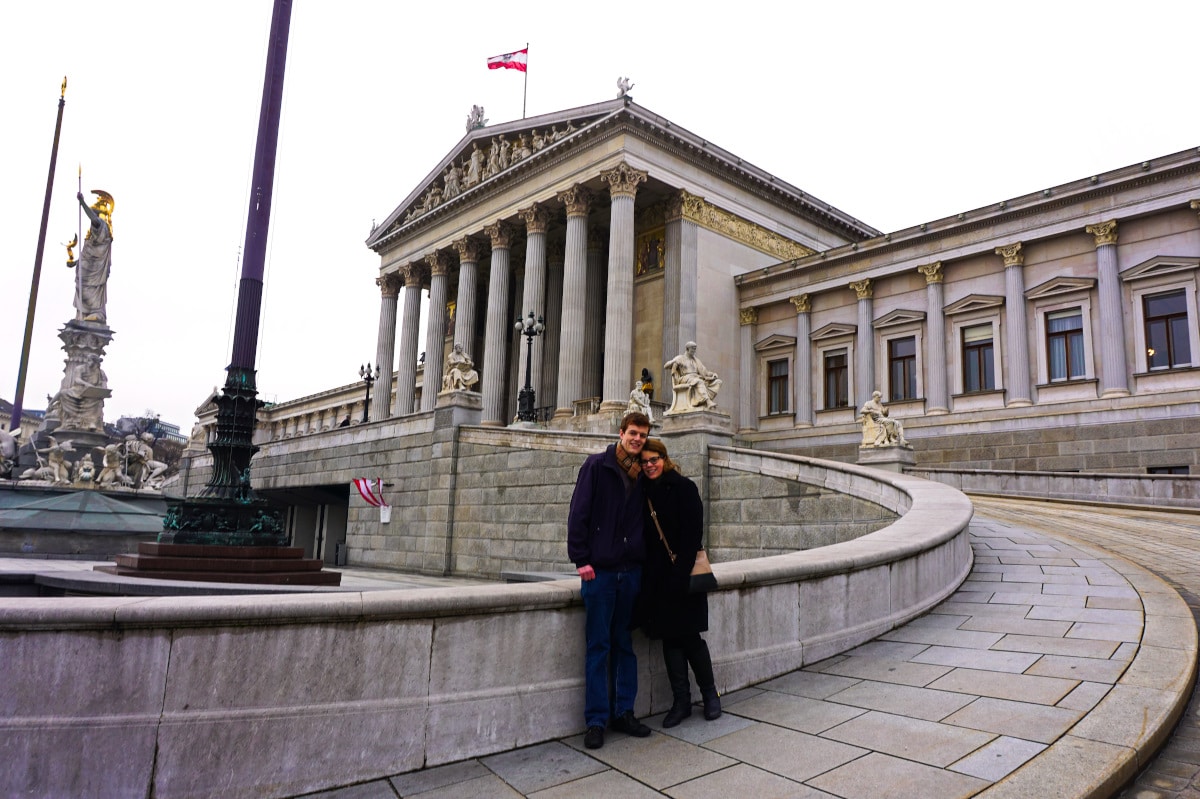 Thanks Vienna for these gorgeous 6 photos and pretend memories in my head. And thanks to my sister and the Prince for sending me excessive amounts of selfies to cheer me up while I was sick in bed. Don’t worry Vienna, I’m coming for you again and will be sickness-free this time! Because YOLO, 5th time is definitely going to be the charm!

Hint: If sick in a foreign country, check your Embassy’s website for a list of local doctors that speak your language. The US Embassy in Austria had a GREAT list! While I can speak German, I didn’t feel confident enough to explain my symptoms in German…and honestly, was too lazy to try!