With a country full of castles, fairy tales, and even a Romantic Road, how could Germany not be romantic?! I’m a sucker for Valentine’s Day and can’t resist visiting as many romantic places in Germany as possible (including a getaway last weekend to Bamberg). Whether you travel with your significant other, your family, or even just great friends, here is a list of 8 extremely romantic places in Germany that you must visit!* The best part? Most of these are totally doable as weekend trips in Germany (thank you Deutsche Bahn and an amazing transportation system!).

Heidelberg, Germany will forever be the most romantic place in Germany for me – it’s the place where the Prince and I met. We make a point of visiting this town every single year (and lucky us, twice this year!) and I may have dropped multiple hints that we should get engaged or married in Heidelberg (guys, seriously look at this wedding venue – dream wedding venue! And wedding photos at the castle? Swooning! But I digress…). 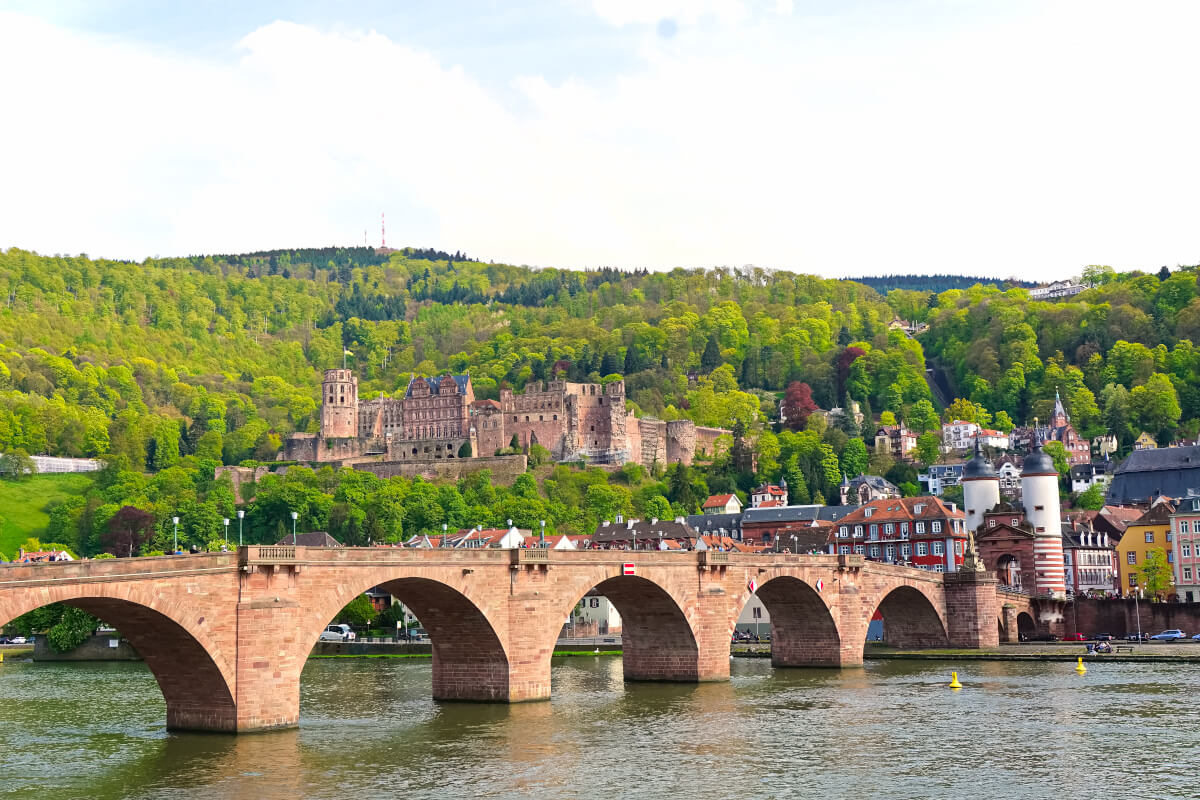 There are too many romantic things to do in Heidelberg – stroll hand-in-hand along the longest pedestrian street in Germany, climb up to Schloss Heidelberg (Heidelberg Castle) to see a gorgeous view of the town, and have a cozy dinner at Schnitzelhaus Alte Münz.

Frequently named one of the most picturesque towns in all of Germany, Tübingen is located in southern Germany. As a traditional university town, about one-third of the population are students. Lucky me, I studied abroad here 6 years ago during my undergraduate years!

Tübingen is especially romantic during the winter months. With a light snow falling, Neckar Island is the perfect place for a stroll – admire the colorful houses lining the river, walk the cobblestone streets up to the castle, and indulge in chocolate during the annual festival! 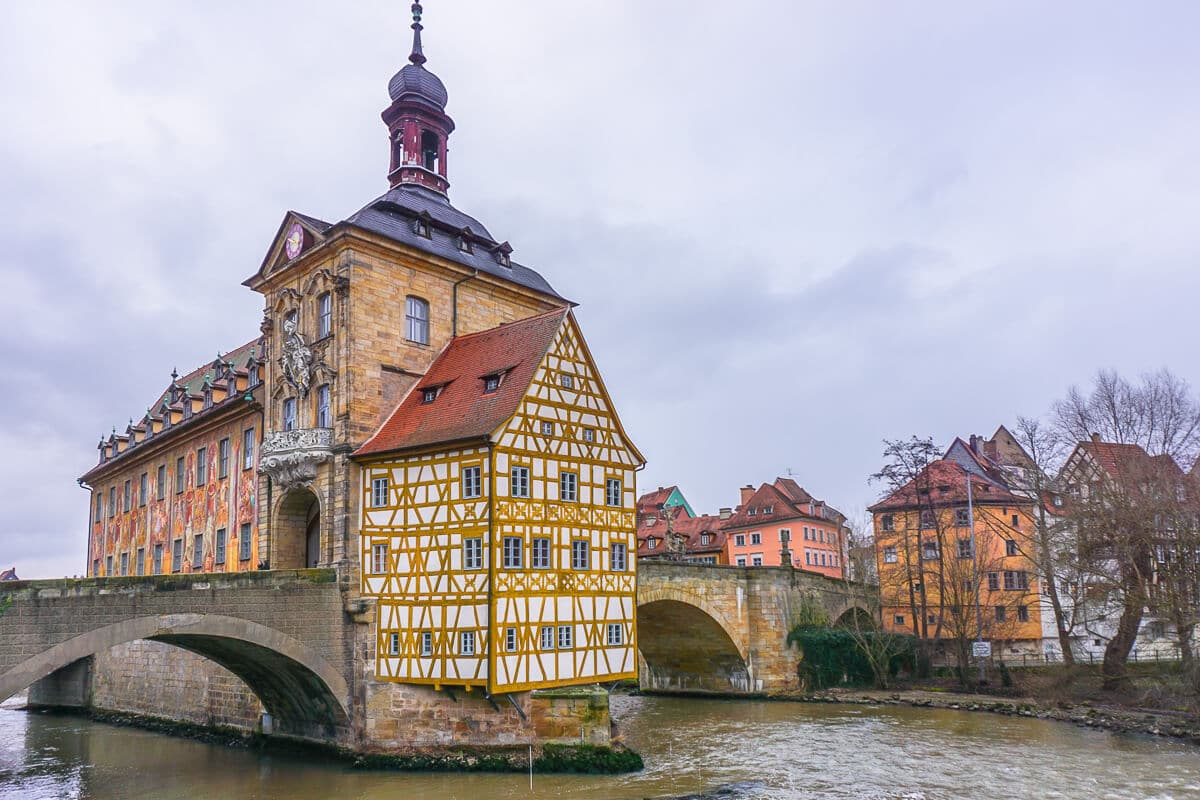 Having recently returned from a romantic weekend in Bamberg, it’s the perfect getaway in Germany. Nestled in Bavaria (but don’t call the citizens Bavarian, they’re Franconian!), it’s close enough to the bigger town of Würzburg (charming as well) but still secluded. Most of the old town is now a designated UNESCO World Heritage Site.

The main attraction of Bamberg? Rauchbier (Smoked beer). Yes, you’ll win brownie points by taking your boyfriend/husband/significant other there. To be honest, I find it absolutely disgusting – it has a smoky flavor (duh) combined with a bacon taste. However, it’s loved by the locals. After drinking one too many beers, make sure to go admire the gorgeous old Rathaus (City Hall). 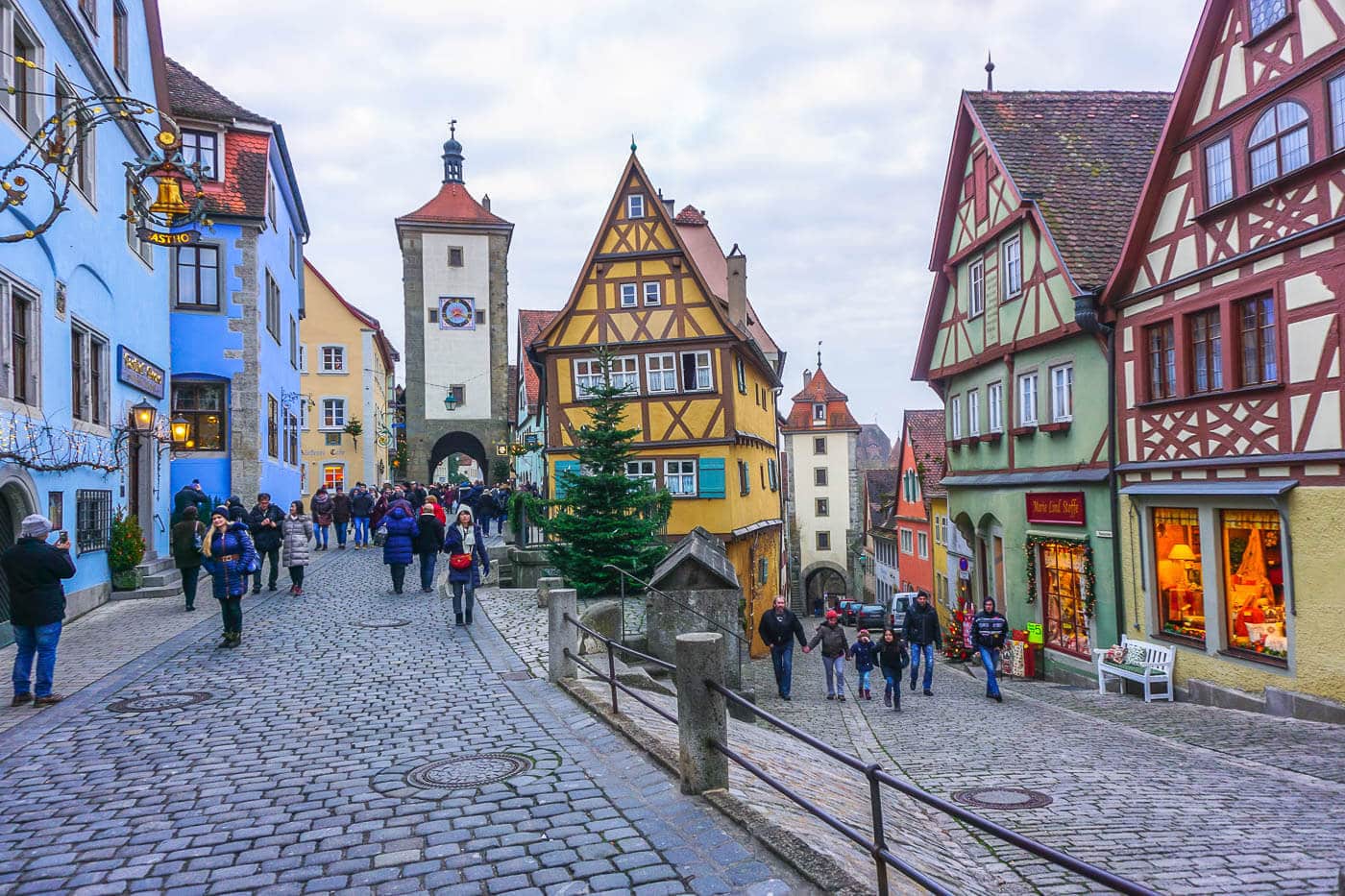 The quintessential Christmas town, Rothenburg ob der Tauber has over 1,000 years of history. Due to local laws and preservation efforts, most of the Old Town remains unchanged – even the original town walls! Rotherburg ob der Tauber is actually located along the Romantic Road, a 350-kilometer road in southern Germany that connects some of the most charming towns in the country.

The best time to take a romantic getaway to Rothenburg ob der Tauber? Christmas time! The entire Old Town turns into a winter wonderland. Between the sweet aromas and delicious Glühwein, there’s nothing more romantic than the Christmas spirit.

Located in former East Germany, Erfurt is a town rich in culture, history, and architecture. Erfurt not only played an important role in Protestant history (Martin Luther studied and lived in the town), but it also once had a thriving Jewish population.

A romantic weekend in Erfurt doesn’t count unless you’ve walked the famous Krämerbrücke (Merchants’ Bridge). With half-timbered houses lining each side of the bridge, it becomes an especially charming stroll as darkness approaches and the strung lights flicker on at night. Don’t forget to duck into one of the many cafes for a intimate meal and coffee.

Imagine riding an old steam-engine train as it winds up the snowy mountainside to the summit. The Brockenbahn follows this exact journey up the highest peak in the Harz Mountains. Stand outside at the back of the train and huddle for warmth while taking in the most gorgeous wintertime views. Surrounding the history of the mountain are legends of fairy tales and witches and spying!

After spending most of the day going up and down the mountain on the Brockenbahn, enjoy walking around the quaint town of Goslar. Make sure to stop into Brauhaus Goslar for some traditional German food and delicious beer!

Only 30 minutes outside of Hamburg, I take all my guest to the small town of Lüneburg. A university town, Lüneburg is filled with cobblestone streets and lots of hidden passageways. And fun fact – at one point, there were over 80 breweries in Lüneburg!

Much like Hamburg, the city is surrounded by water – making it an especially romantic location in Germany (nighttime strolls around the harbor!?). It’s a great weekend getaway (or even just a day trip) from Hamburg! 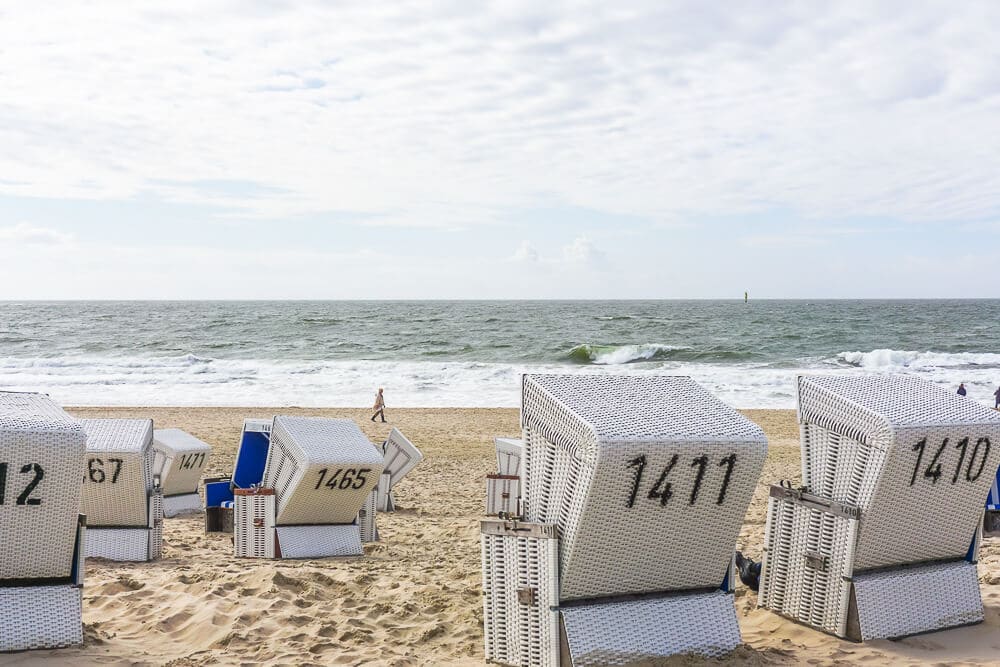 I affectionately call the island of Sylt the Hamptons of Northern Germany – and for good reason! As one of the most expensive places in all of Europe, it’s easy to be spoiled on the island by luxury! With an array of yummy restaurants, quaint villages dotting the island, lighthouses, sandy beaches, and gorgeous views, how could it not be romantic?!

Due to the insane prices, the Prince and I only spent a night there. However, it’s such a lovely and romantic place in Germany!

Relevant Post: The Island of Sylt: the Hamptons of Northern Germany

I’m going to be honest, narrowing this list down to 8 romantic places in Germany was nearly impossible. I left out at least 5-10 other places just for the sake of length! I should have named this article 8 romantic towns in Germany because I didn’t even name some of my favorite romantic cities (Dresden immediately comes to mind…).

Regardless, I’d love to know – what’s your favorite romantic location?! Doesn’t matter if it’s in Germany or not!

Things To Do in Sibiu, Romania

Tips for Dealing with Motion Sickness