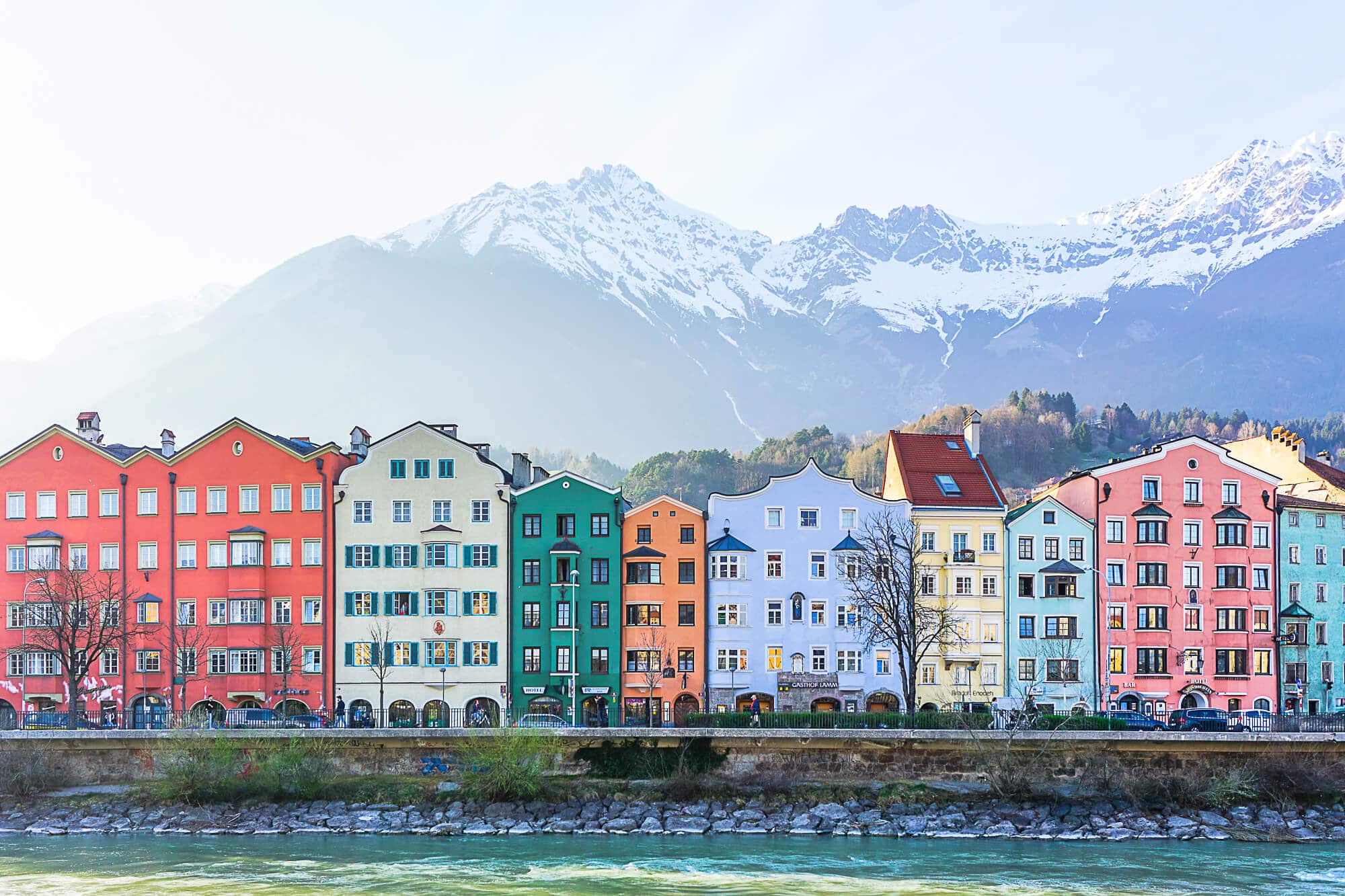 While on our way back from our ski holiday in Serfaus, Austria this past March, I suggested to the Prince that we visit Innsbruck for a few hours. It was the departure point of our night train back to Hamburg and a great way to break up our journey! We were able to stroll around the city, bask in some sunshine, soak in breathtaking views, eat delicious apple strudel, and obviously drink local beer. I may not officially be Beer Time With Wagner anymore but I still enjoy a good beer ;) If traveling through Austria, I’d highly suggest a charming stopover in Innsbruck! 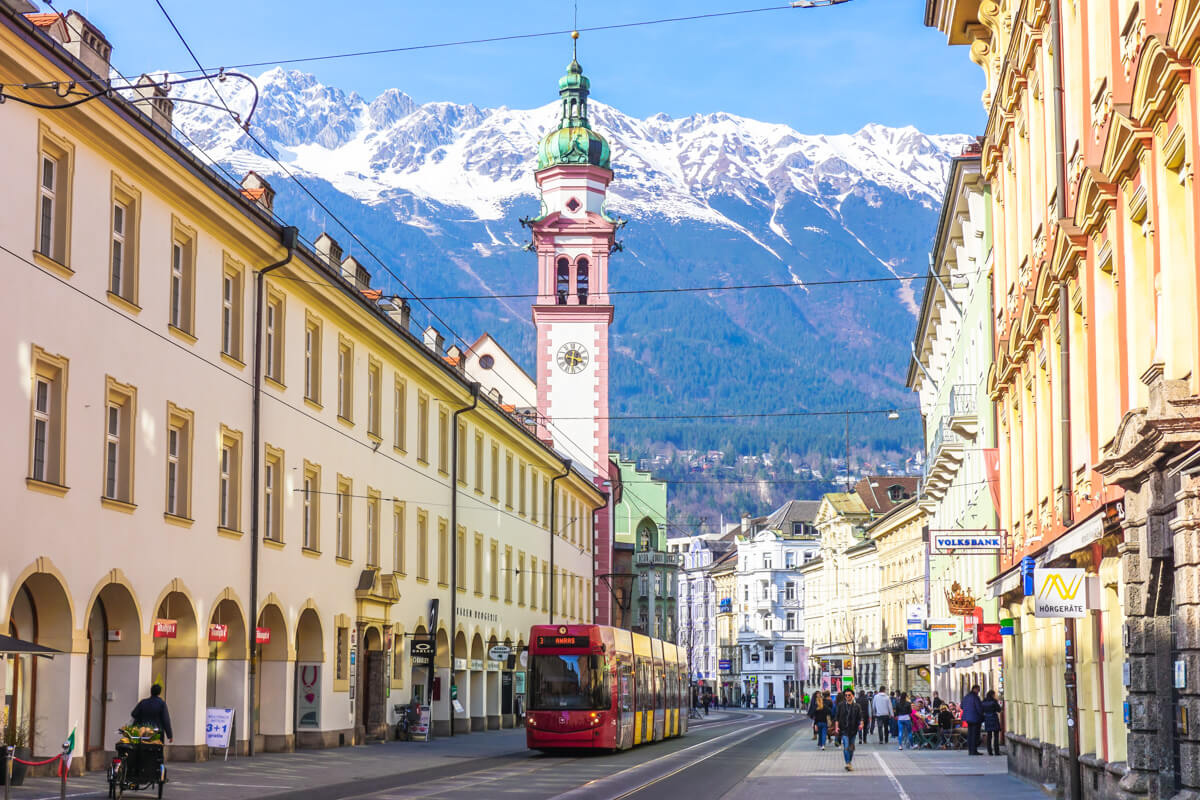 I actually first visited Innsbruck 5 years ago with my family when we did a 7-week road trip around Europe (which honestly, deserves its own blog post one of these days). But my interest and connection to Innsbruck actually begins before I was born….when my parents decided to honeymoon in this adorable city! My parents were married the middle of December and decided to honeymoon here the day after Christmas. As my parents say, “the skiing and mountains looked nice from the hotel windows” HA! While they might not have seen a lot Innsbruck while here, they had fond memories of this city and brought all of us kids back almost 25 years later in 2012! 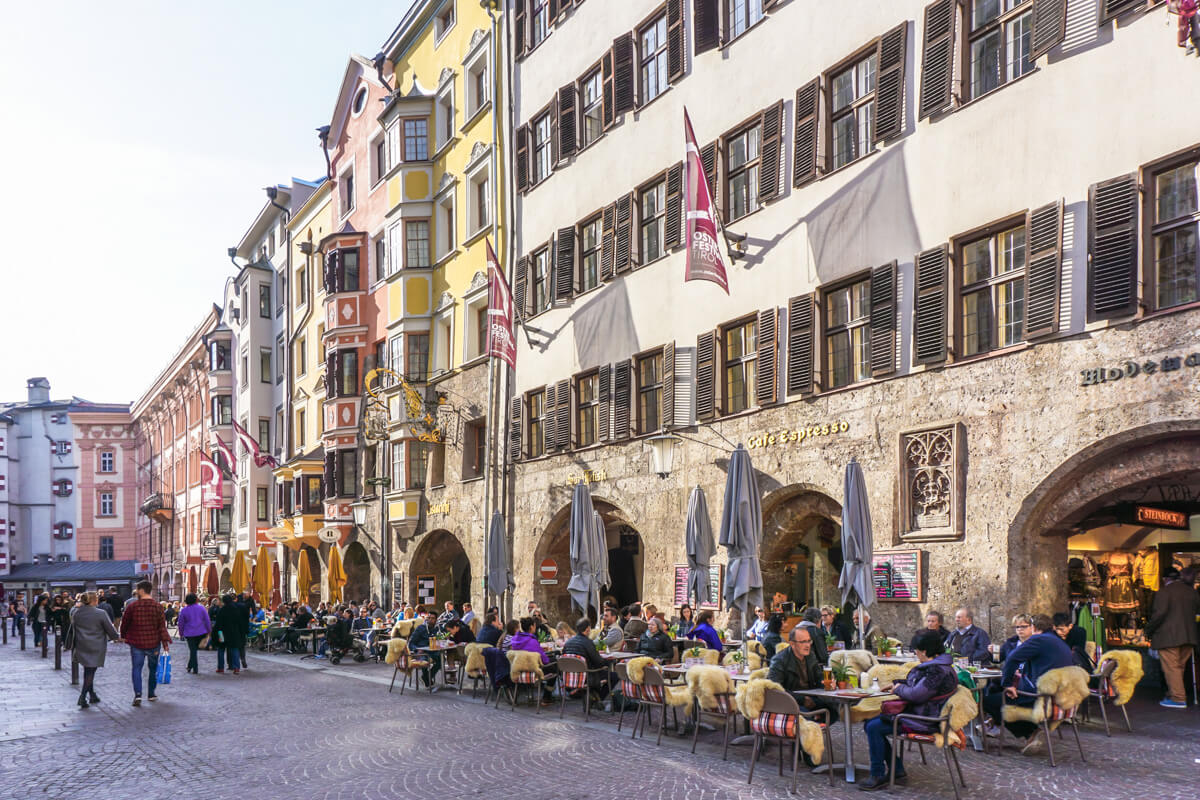 Innsbruck is the perfect size for a charming afternoon stopover. After storing our luggage in the main train station (the lockers are huge and cheap), the Prince and I set out by foot for the Altstadt (old city). Our first order of business? Climbing the Stadtturm (city tower) and getting the most amazing views of the Altstadt, Inn River (yes, the city is called Innsbruck and the river that runs through it is called Inn), and Alps. We lucked out with gorgeous sunshine and the perfect golden light! 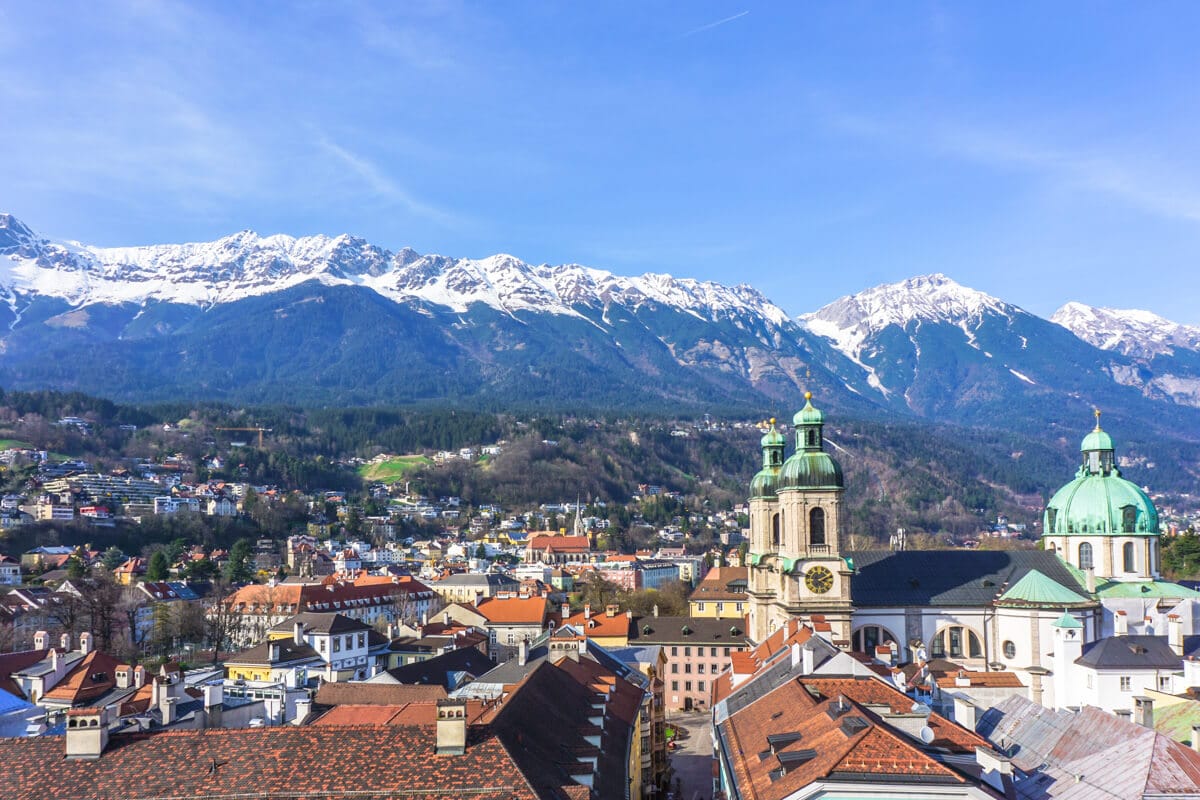 ^^^ a view of the main square of the Altstadt from the top of the Stadtturm. I love the facades of the houses to the left! The building on the right is called Goldenes Dachl (Golden Roof) and is one of the most famous symbols of Innsbruck. It was frequently used by the royals as a place to sit and view festivals, parades, and the happenings down below.

In order to avoid a hangry Jordan, our next order of business involved eating an Apfelstrudel (apple strudel) and drinking some local beer. This was all the motivation needed to continue our exploration of Innsbruck before catching our night train back to Hamburg!

On a side note, I’ve totally indoctrinated the Prince as a University of Michigan fan (Go Blue!). He seriously wears that sweatshirt everywhere and it makes me so proud!!! While wandering the back streets of Innsbruck’s Altstadt, we obviously made a bit of a detour to get a selfie where my parents stayed during their honeymoon! While the main street and square were quite busy while we were in Innsbruck, the side streets were almost completely deserted. Obviously a blogger’s paradise, especially when the side streets are all so colorful.

The highlight of my entire visit to Innsbruck? Photographing these gorgeous, colorful buildings at sunset with the Alps in the background (*swoooon*). Thank goodness I have the best Instagram boyfriend and he let me take about 30+ pictures in this exact location! Because the weather was so nice the day we were there, outdoor cafes were popping up all along the river. After I was done with all of the picture taking, the Prince and I spent time just meandering along the waterfront.

I can’t stress enough what a charming stopover in Innsbruck the Prince and I had. We keep talking about coming back to the city for a long weekend in the near future!

A Weekend Trip to Colmar // France