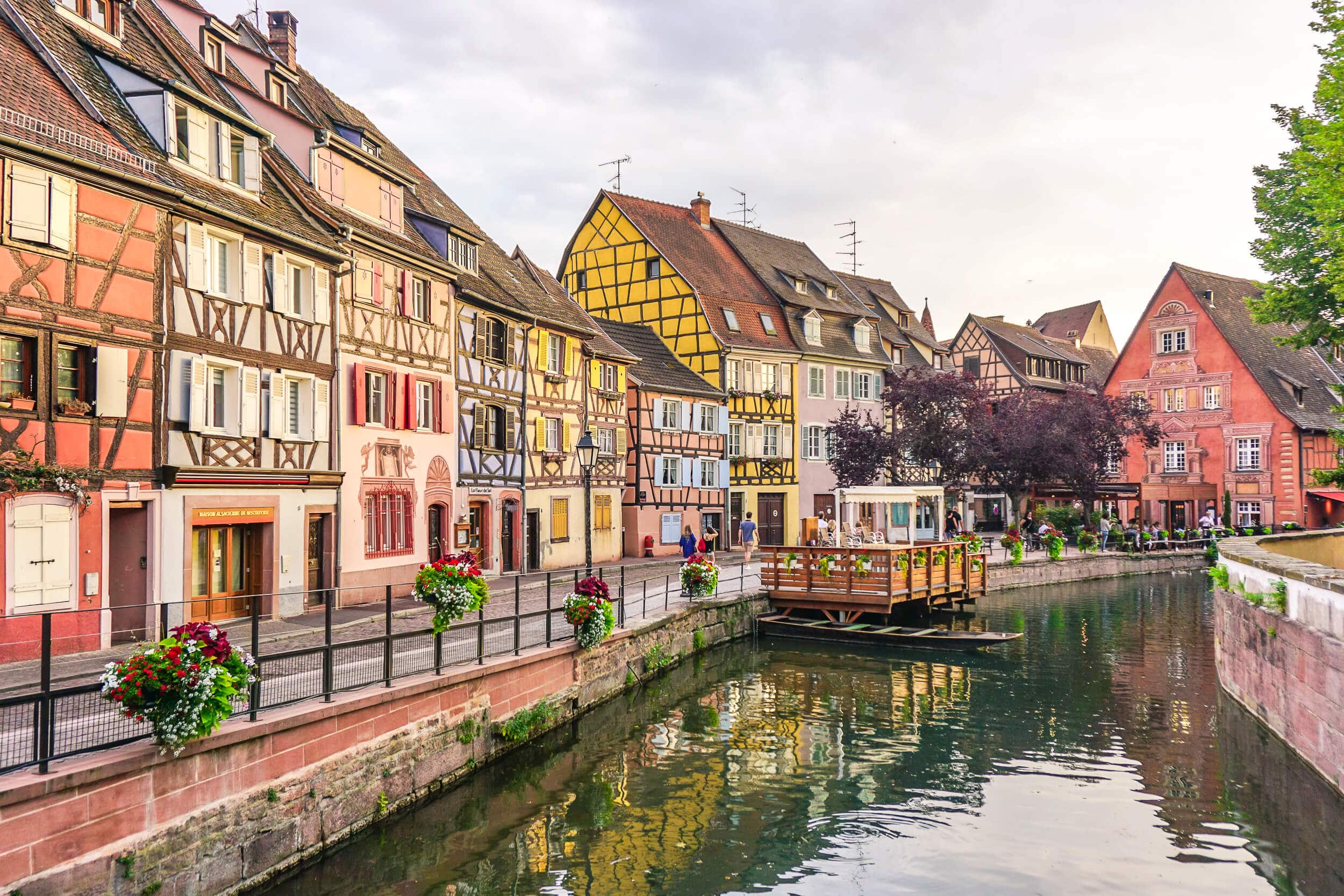 “Little Town, It’s a Quiet Village…” Did anyone else love Belle from Beauty and the Beast as much as me? Maybe it was because she had brown hair or maybe it was because she loved reading, but I think Belle is still one of my favorite Disney princesses. You can imagine my excitement when I finally got to visit Colmar, France – the inspiration behind the village in Beauty and the Beast! It’s been a bucket list item for me for many years and definitely did not disappoint. I had a perfect France weekend trip to Colmar and can’t wait to visit the region again. I might have gone a bit overboard with all the photographs but I just couldn’t help it! Everything was so beautiful. 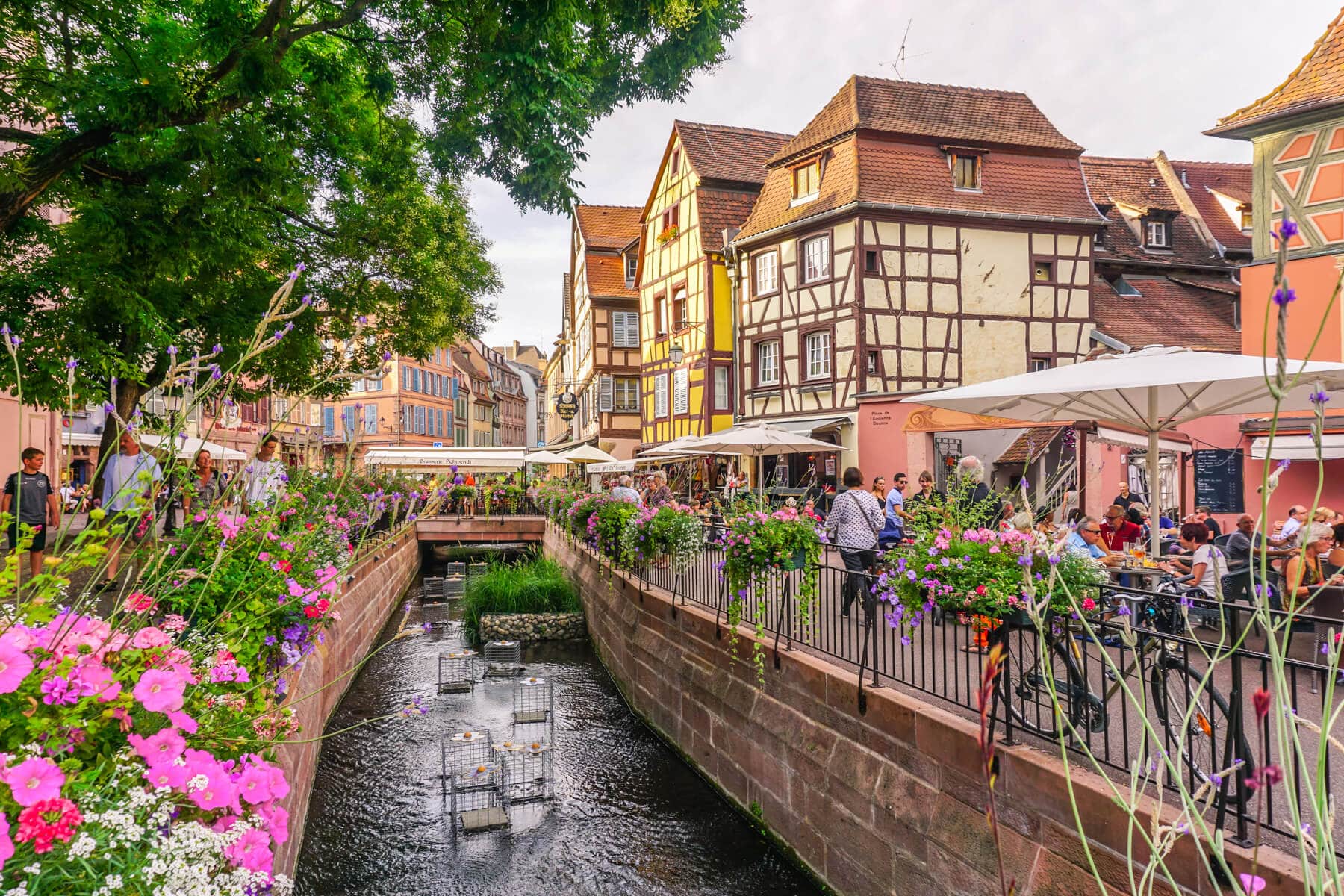 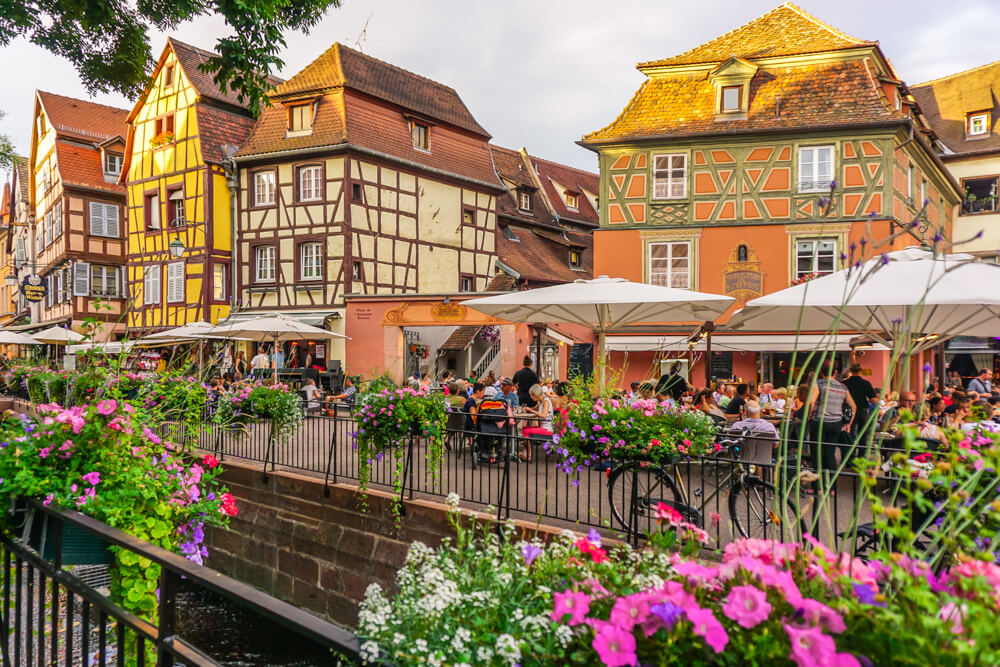 From a historical perspective, Colmar and the entire Alsace region are extremely fascinating. First mentioned in the 9th century, the city of Colmar was declared a free imperial city in 1226 by the Holy Roman Emperor. After adopting the Protestant Reformation, the city was conquered by Swedish troops during the Thirty Years’ War.

However, Colmar’s modern history doesn’t really begin until 1673 when the French conquered the city. After the creation of Germany in 1871, the entire Alsace region (including the city of Colmar) were claimed by the Germans. The city remained German until it was given back to the French after WWI (although President Wilson strongly advocated for the entire region of Alsace to be a self-ruling region). The Germans occupied, although never officially annexed, Alsace during WWII and the region was returned to France after WWII. While Alsace has been French now for 70 years, the architecture and food of the region still pays homage to its German past.

RELATED POST:  Gingerbread Houses with a Side of Milk // Goslar

Alsace cuisine is based around the local wines, including Rieslings my favorite!) There are actually lots of wine tours that go through the region along the Rhine River! Flammkuchen (French: Tarte flambée), similar to a really thin pizza, is the staple food in Alsace and one of my favorite foods! I got a meal for 15 Euros that included a Flammkuchen along with 5 wine samples from the region. You can definitely eat very well in Colmar – a weekend in France is not complete until you’ve samples lots of wines ;)

The above pictures are from my favorite neighborhood in all of Colmar. Nicknamed “Little Venice,” this quarter is lined with brightly-colored, half-timbered houses. It used to be a trading and market area frequented by market gardeners, fishmongers, butchers, and tanners. Because the city was relatively untouched and undamaged during the two World Wars, the entire old city (including Little Venice) is well preserved. I could have spent all day wandering around the hidden corners and streets of Colmar’s Little Venice! Although I didn’t do it, there are lots of companies offering Colmar Little Venice boat tours!

Also, I’m obsessed with all of these outdoor cafes lining the waterway. I definitely regretted eating dinner before arriving in this part of town! I might have also regretted not taking a boat tour earlier in the day, especially because it was so hot and humid!

I might have lingered around this exact spot for several minutes while I waited for the *perfect* golden light to appear. Bonus points, the swans from the earlier photos of Little Venice REAPPEARED right as I was leaving! I had a really hard time pulling myself away from this quaint spot in the Little Venice of Colmar, France.

These are just some of the additional side streets in the Old Town, so bright and colorful! I really had the most perfect weekend trip to Colmar, France and can’t wait to bring the Prince back here (he was studying for final exams and couldn’t join!). I definitely wouldn’t miss Colmar on your next trip to France (and this trip has convinced me that I must do more weekend trips to France!).

Tips + Hints – What to do in Colmar, France:

A Charming Stopover in Innsbruck // Austria

The Historical Town of Dinant // Belgium