My first weekend in Bulgaria I decided to take a trip up to this famous monastery. If you don’t have a car, a bunch of agencies and companies take day trips here. Luckily, it is only about a 2 hour drive from the capital city of Sofia so it can easily be managed in a day. Besides taking in the gorgeous paintings and murals at the monastery, this also gave me an opportunity to learn about the Bulgarian Orthodox church. The Bulgarian Orthodox church is actually one of the earliest churches established in the world (established in 927 AD). While most churches were disbanded during the Communist period, the Soviet Union realized the importance of religion in Bulgaria and attempted to control the church instead of dissolving it. The church and government worked together and supported each other. 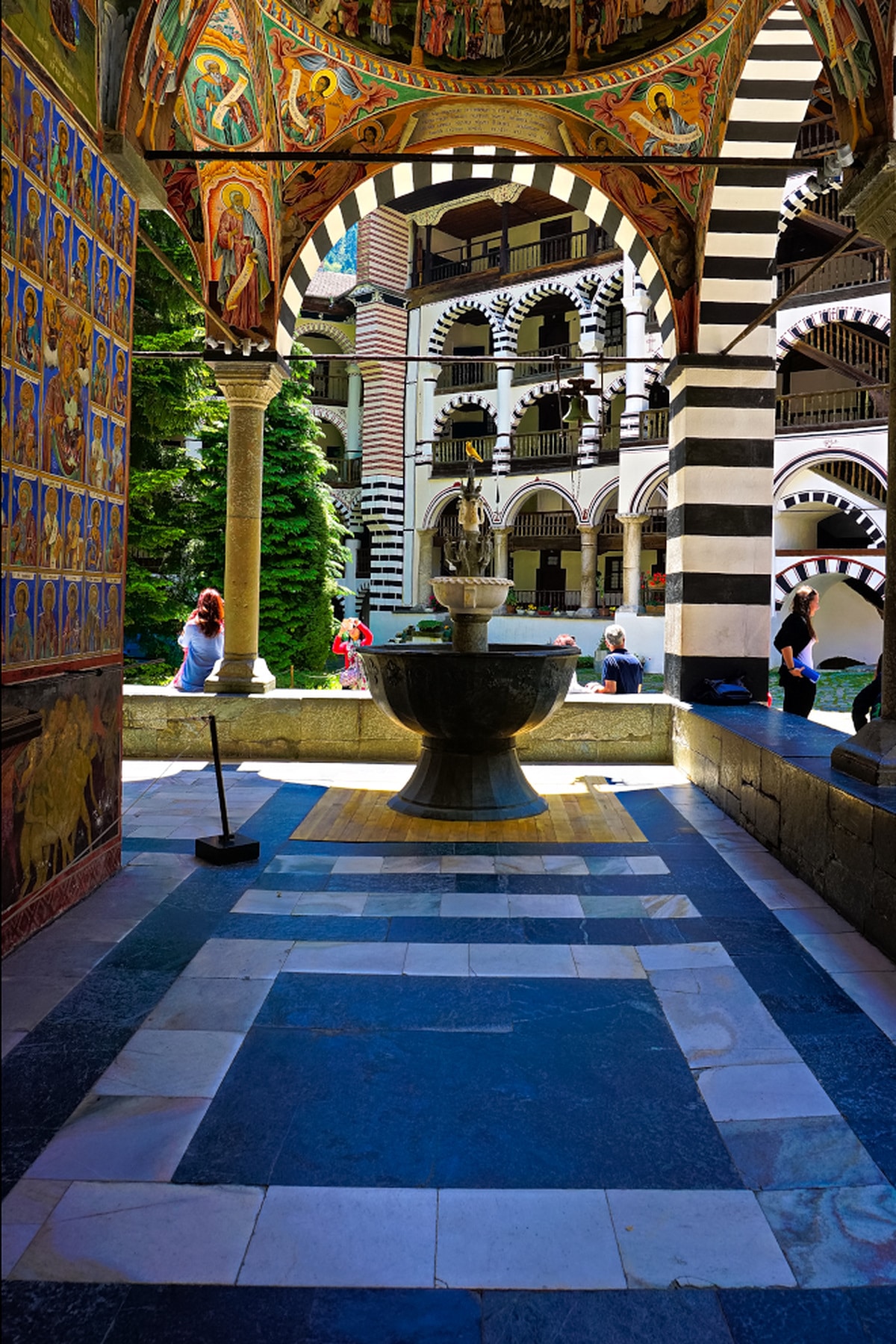 On the wall to the left (in the above photo) are important Bulgarian Orthodox saints. On the right side are biblical lessons for children. These scenes depict what happens to a child when they sin with most of them involving the devil. Honestly, I couldn’t understand what was written (my guide translated some of them for me) but the pictures alone were scary enough!

The exterior of Rila Monastery was just as stunning as the interior. Unfortunately, I don’t have any pictures of the interior because it was forbidden. King Boris III, the last king of Bulgaria, is buried at Rila Monastery. He is most famous for saving all 50,000 Jews in Bulgaria during World War II. Even though Bulgaria aligned with Germany, there was such an outcry in Bulgaria by not only the Jews, but also the Christians about the deportation of the Jews that King Boris III managed to stall the deportation and save all of them. He died after returning from a visit to Hitler in Berlin (where Hitler harshly questioned why he hadn’t deported the Jews yet) and although his death was ruled a heart attack, many people believed Hitler poisoned him. The buildings above surround the main church. These buildings used to house students and can now be rented for the night (and for fairly cheap from what I heard!). Unfortunately, you aren’t able to explore these buildings. 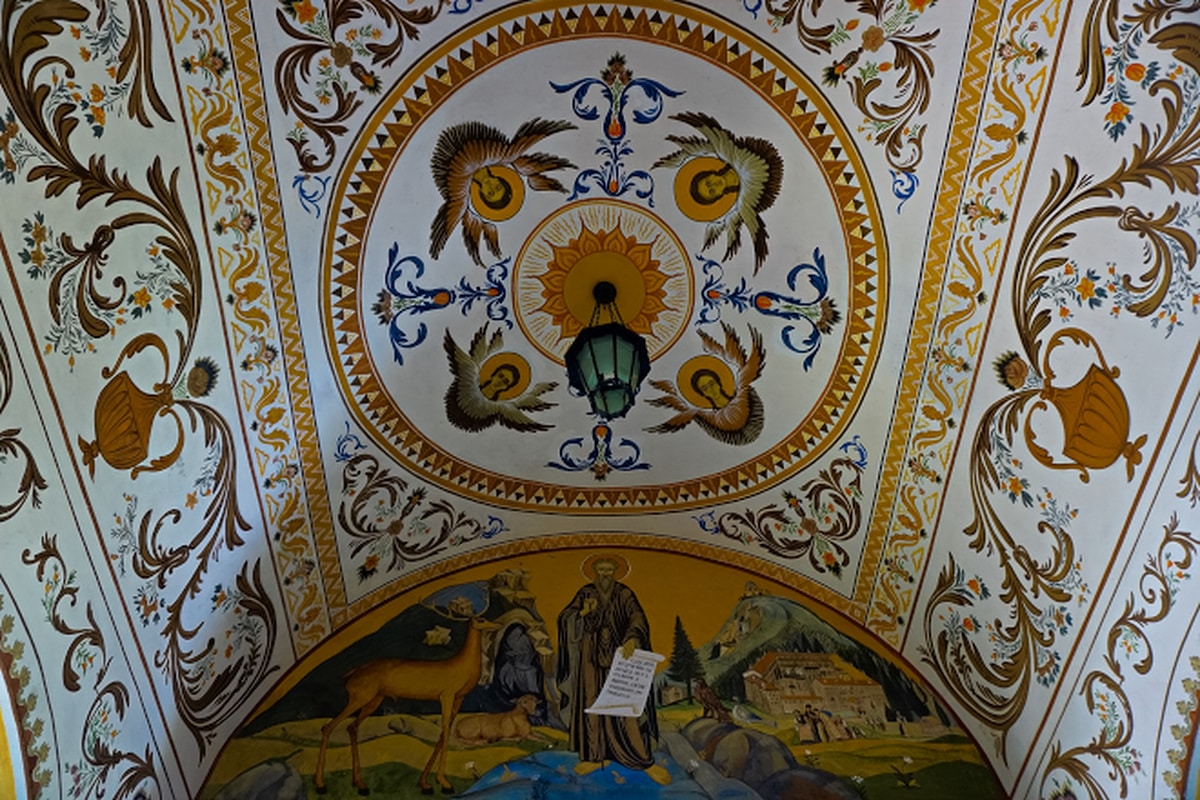 Those colors, man oh man! Seriously, it is hard to believe that most of these structures are at least a few hundred years old because the colors have been preserved so well! 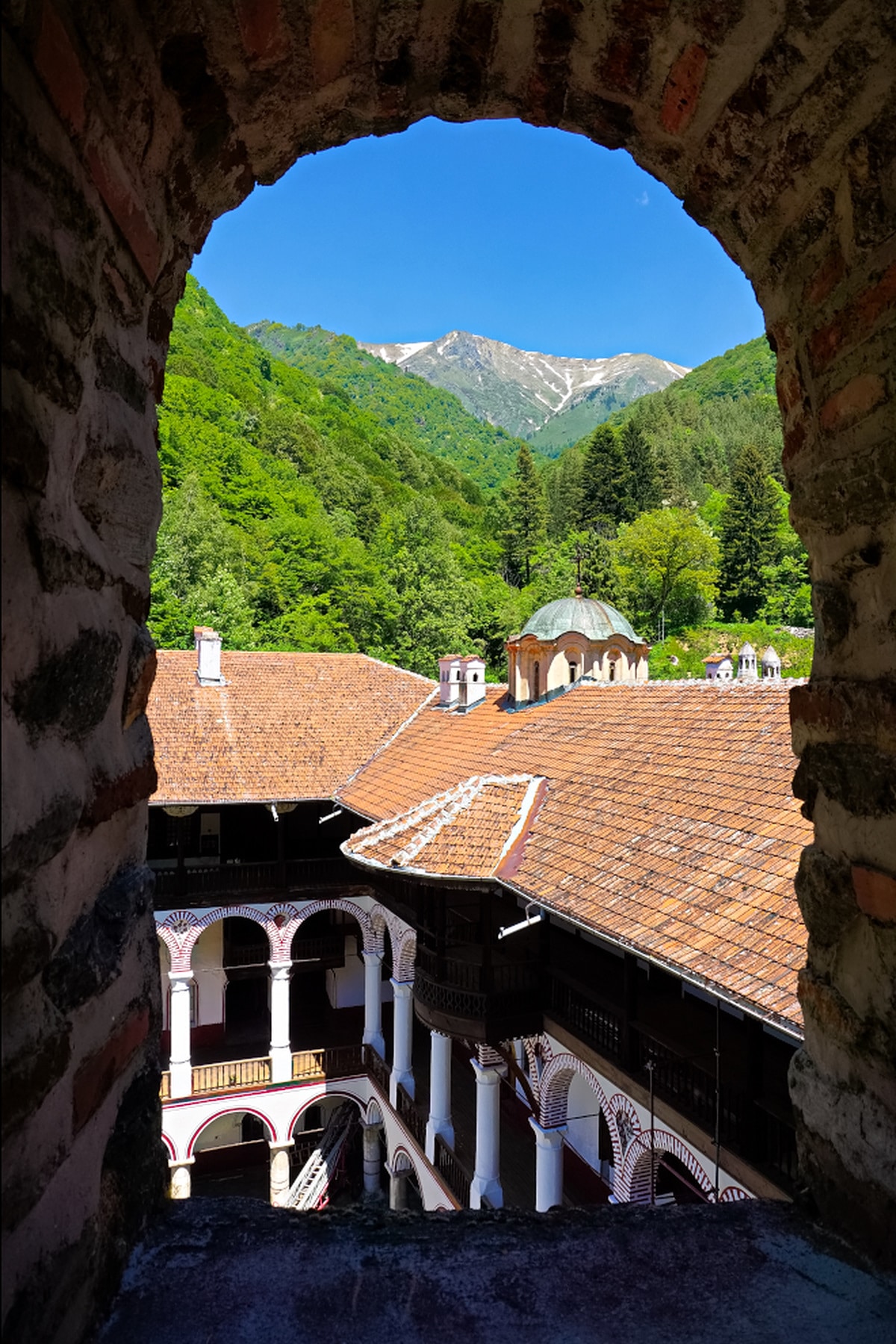 The oldest part of Rila Monastery is this tower. Five stories up and you get these stunning views! I mean, look at those mountains in the distance. Spoiler alert: I climbed them on a future adventure (keep a lookout for that post in the next few weeks!). If you make it to Sofia, Bulgaria (and you really should because it is an amazing city), make sure to take a day trip out to Rila Monastery!

My Home on Discovery Channel!