They do know this much for sure. Like in the book, there is an lake underneath Palais Garnier. They didn’t realize until construction was underway that they were building on top of a swamp! They now funnel all the water into an lake underneath the opera house. Actually, the fire department of Paris uses it for training sessions! The grand chandelier that falls in the book and kills someone actually did happen in real life. Except it fell and killed a construction worker in real life. 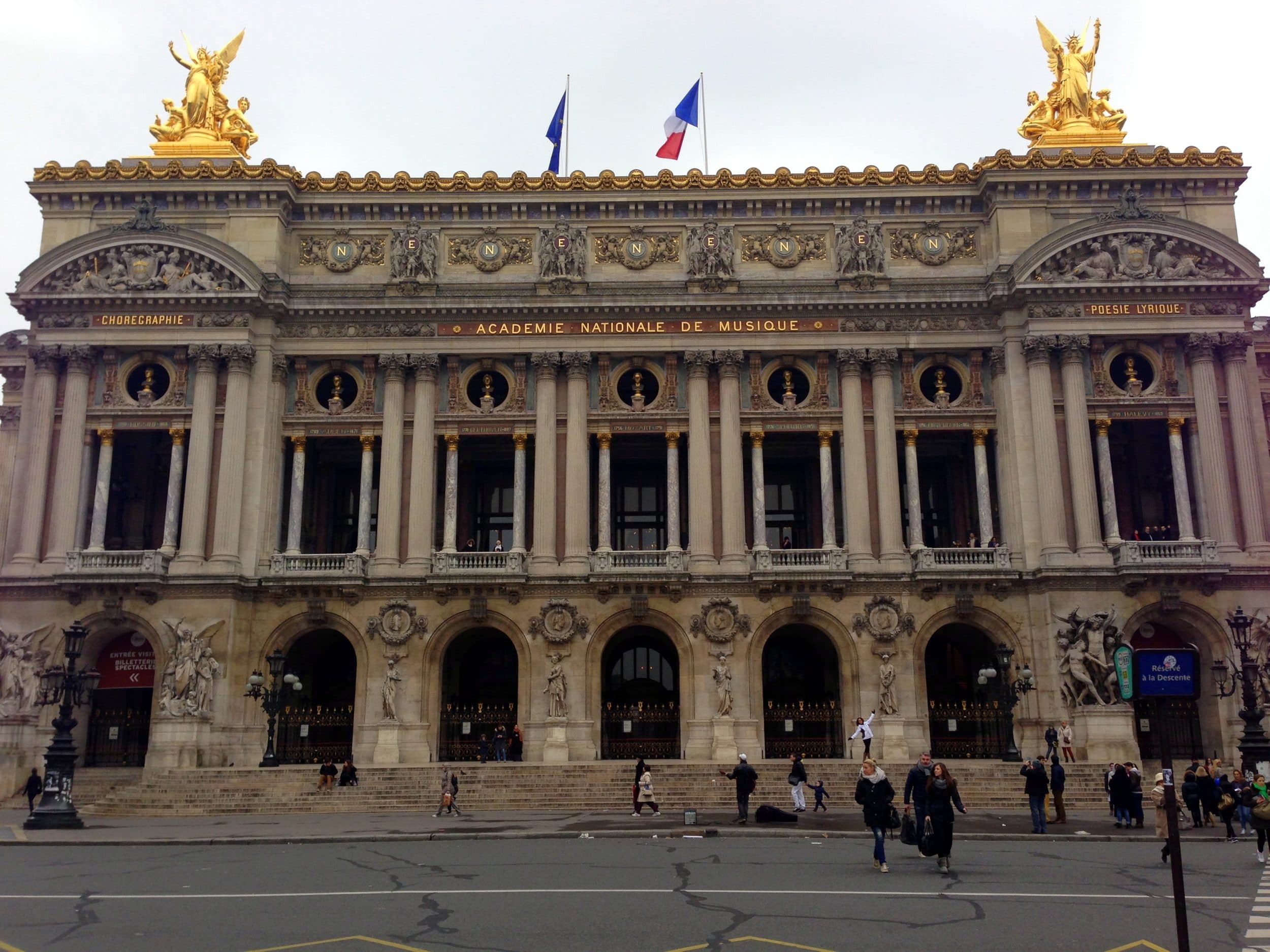 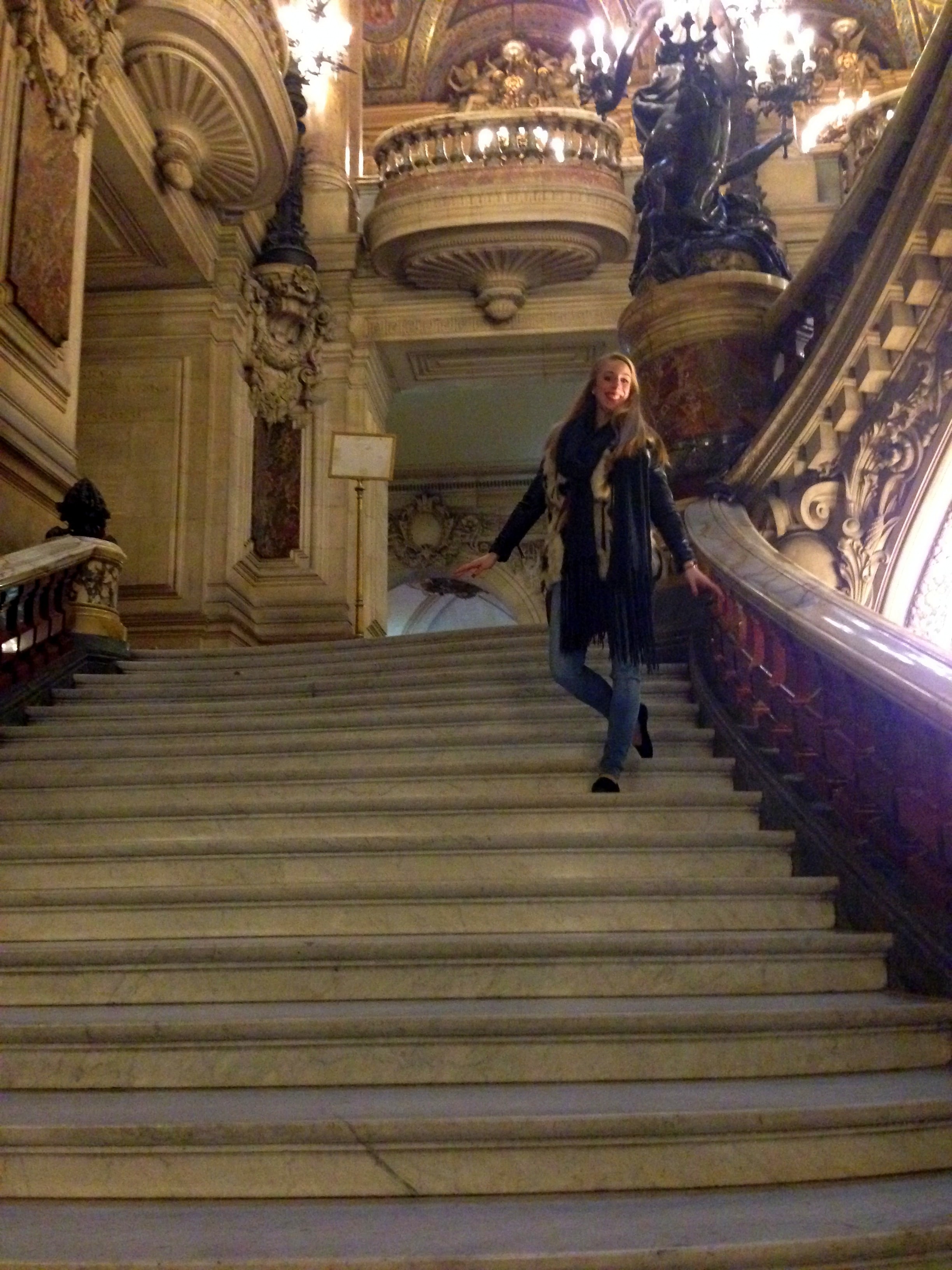 Obviously the individuals running Palais Garnier deny the existence of a Phantom. But they do admit that when eery things happen in the theater, they blame it on the Phantom! Here’s an article if you’re interested in learning more about the Phantom and the true story.

Besides the theater, there are a bunch of other rooms/ballrooms, grand hallways, etc in Palais Garnier. While it originally housed the Paris Opera, Palais Garnier is used today for stage productions and ballets! I would highly recommend visiting if you are ever in Paris!

I think these pictures confirm that Maren is infinitely more coordinated than me! ;) 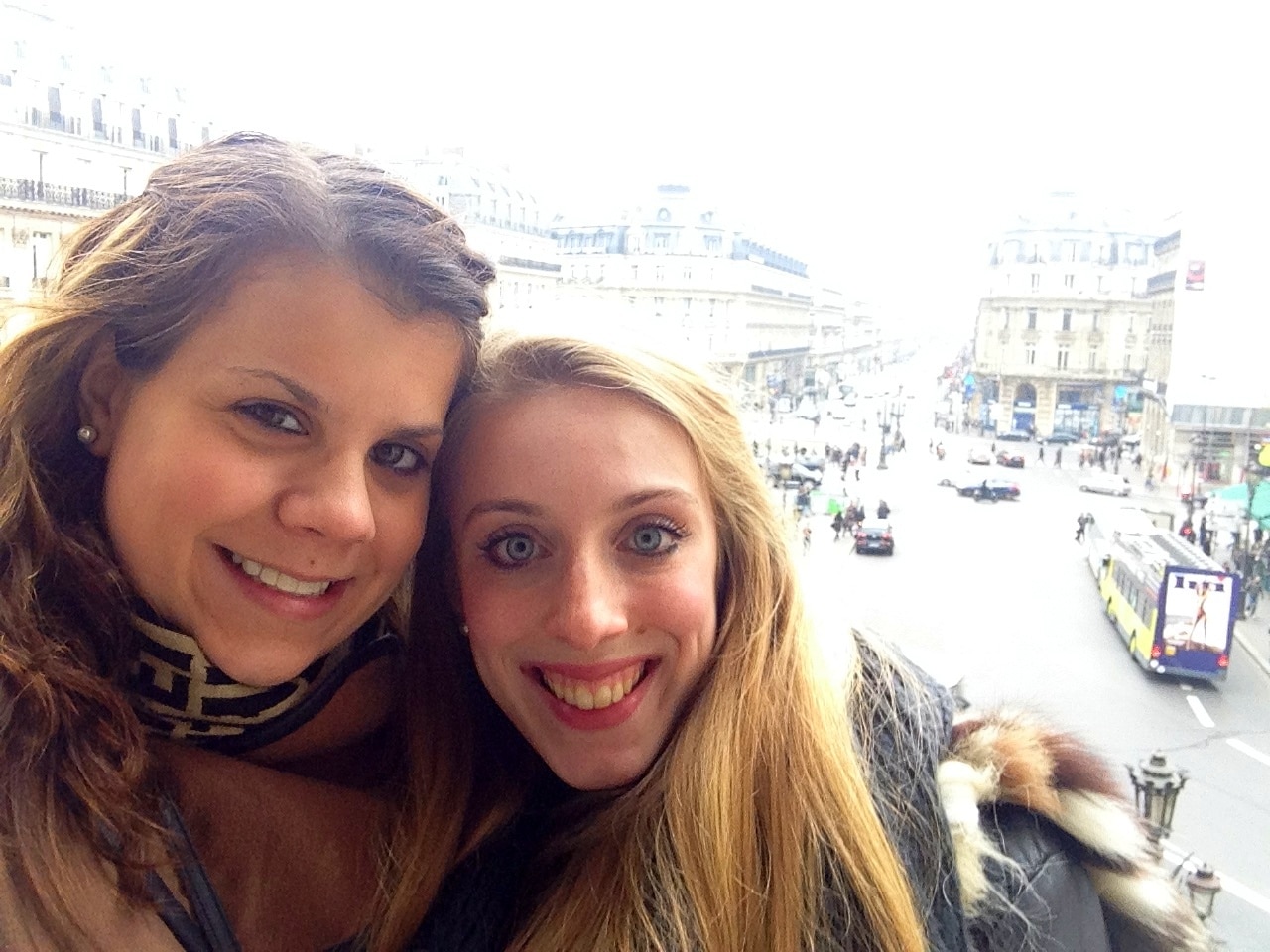 Don’t forget to go outside to the balcony of Palais Garnier! The views are absolutely stunning and it gives you a great opportunity to have a mini photo shoot ;)

* Sorry for the picture quality…the lighting was horrible!

The Palace of Versailles