Blogging friends, if you are expecting to read a blog post from Jordan, I’m afraid that I have to disappoint you. After having been referred to as “the Prince” in many previous blog posts, having had my girlfriend observe differences in my country on no less than three occasions (read Part 1, Part 2, and Part 3), and having her even disclose my funny mistakes in the English language and my sleep talking habits, it is finally time for me to have my own say! ;)

Obviously this rare opportunity had to be chosen wisely! After having just completed a wonderful two-week trip in the USA with Jordan, what could be more fitting than my very own list of observations on America?

1. I want to start with a rather general observation which I made the first day of my visit and which continued all the following days. Everything from buildings, highways, cars, meals, and stores are two to three sizes bigger than in Europe. As overwhelming as that might have been for me at the beginning, just imagine my reaction when I landed in Europe after two weeks. My beloved Hamburg looked rather like a reproduction of Hamburg’s famous Miniatur Wunderland.

2. Most of the highways we have been driving on seemed almost vacant. Not a single car behind or in front of you but yet you weren’t allowed to drive more than 70 mph. Born in a country where you have no speed limits on most highways, I had a hard time not to constantly push the driver to finally increase to a reasonable speed!

3. Actually, drivers on an American road are wise not to speed. The fines for that are insanely high!

4. The average American car engine will be twice as big as the German equivalent. Kind of sad if you take into account that they can never make full use of them. Get an Autobahn, already!

5. A lot of the parking lots have a parking meter. If you’re lucky, the person before you has left you time so you don’t have to pay at all!

6. You never have to pay for restrooms on highways. Nice service!

7. When we drove through smaller towns, I noticed that Americans have their mailboxes on the street. In Germany almost every mailbox is directly fixed to your house. Ironically, these mailboxes from a distance seemed for my trained eye to be radar traps. In Germany and all over Europe, these little boxes regularly take sweet memory photos of your latest car trip which might have been on a too high speed. I always had to bit my tongue not to shout “watch out” to the driver when I saw one.

8. Since we spent four days in the car I also observed differences with road signs – Americans seem to LOVE their STOP signs and put them almost everywhere. So if you have to bring your car to the garage after only 1000 miles to renew your brakes, it probably has been because you had to make 20 full stops on your way to the grocery store. Also, European signs are all in symbols (except of course the famous STOP sign), while Americans just write long texts on their signs to tell you where to go or what to do. 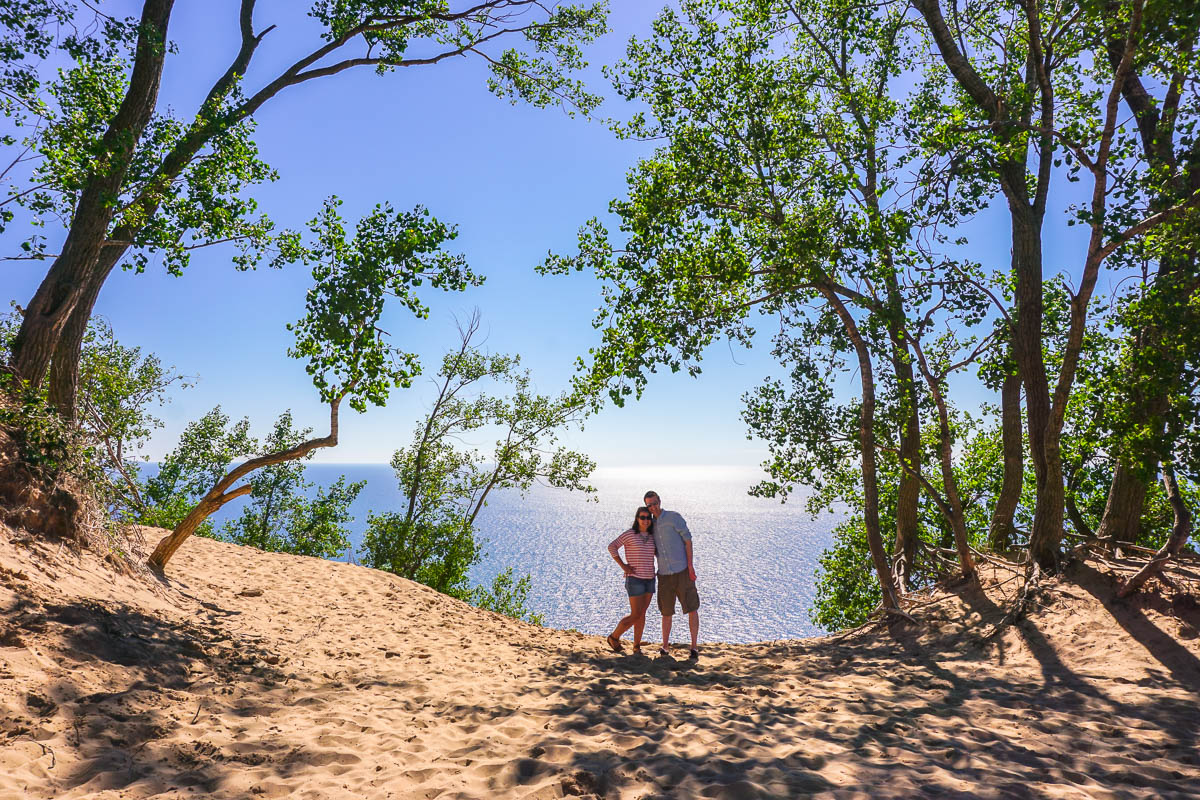 9. Gas prices are, depending on the region, three to four times cheaper than in Germany. Jealous!!!

10. Contrary, food in grocery stores will cost you more money.

11. Traffic lights for pedestrians all have countdowns. It is super practical and we definitely should adopt that here in Germany more!

12. Houses are often built with wood while Europeans and Germans prefer stone.

13. Speaking of houses, almost every house has an American flag flying in front. When you are driving down a typical American small town street, all these cute houses with their flags will offer you a beautiful view.

14. This probably isn’t a big surprise to most readers, but Americans are way more patriotic than Germans. While you will see rarely see people waving German flags (besides the World Cup), Americans love to show their colors, wave their flags, sing the national anthem, and shout “USA, USA, USA!”

15. Almost every house and shop will have an air conditioning. Since we had temperatures close to 100 F (38C), this probably saved my life.

16. Another very practical thing I’ve seen in the USA was drive-thru ATMs.

17. I have already alluded to the long hours we spent in the car. This automatically meant that I could experience firsthand that the USA is the motherland of fast food. I’ve experienced Wendy’s, Panera, Chick-Fil-A, Five Guys, and of course McDonalds! Needless to say, I absolutely loved it and I can only hope that German restaurants will someday adopt the free refill of beverages.

18. Besides free refills, I feel that service personnel in the USA is friendlier in general. Perhaps because of that you are expected to tip more than you are in Europe.

19. Although the USA is known for their fast food, healthy food trends seem to be popular as well. I’ve seen in almost every restaurant gluten-free and vegan meals on their menu and some of them even disclosed the amount of calories for every meal. 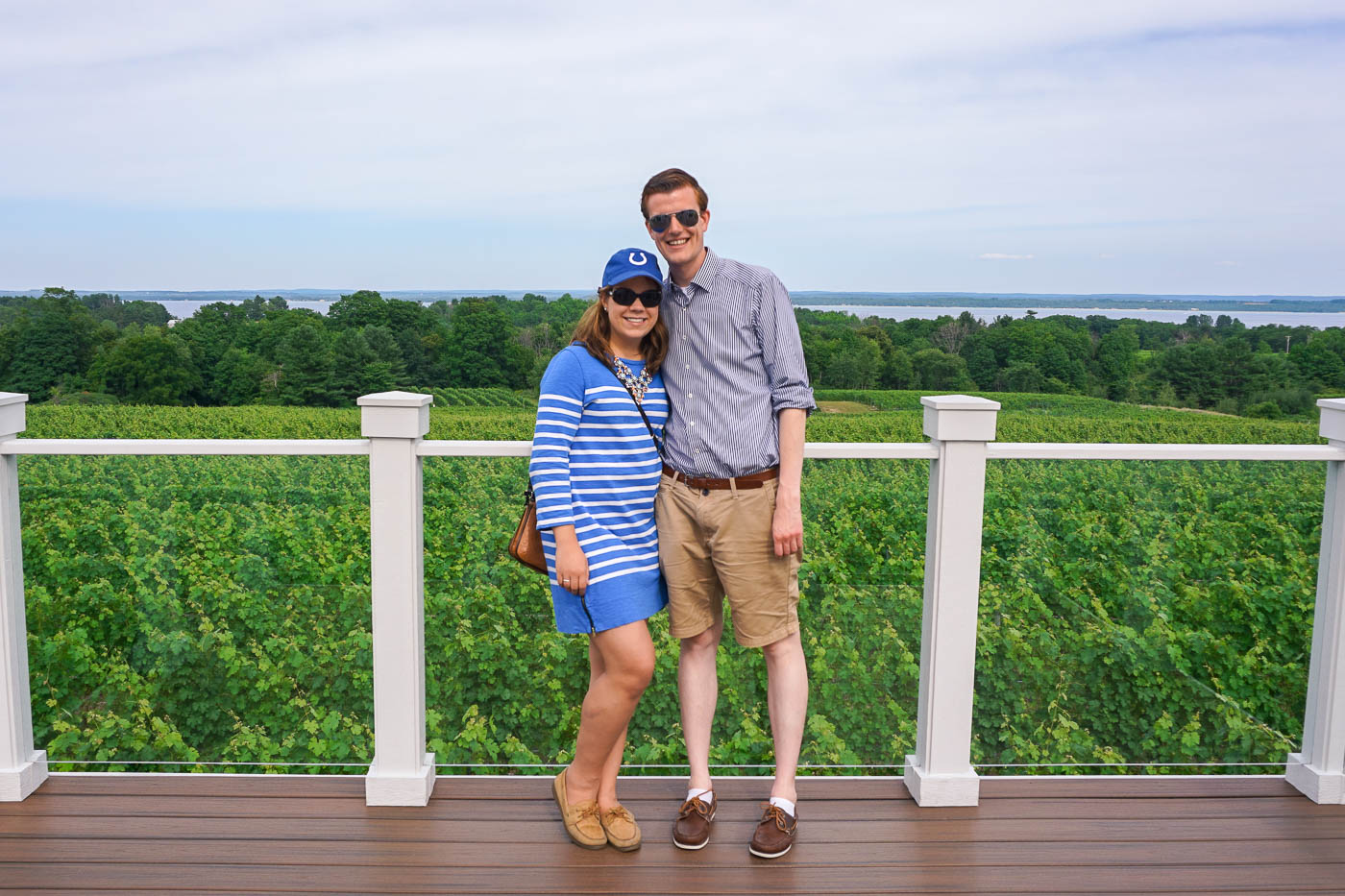 20. Most Germans have a very low opinion of American beer, but I have to confess that I actually drank some very nice beers there. Also, microbreweries are getting more popular and produce decent beers. Maybe this can someday change the stereotype of boring, watery American beer?

21. Americans take the legal drinking age of 21 very seriously. Even when you are a lot older than 21, you still will be asked for your driver’s license to verify your age, even when you are “only” ordering a beer. Since Germans are allowed to buy beer and wine at 16 years old, this is clearly a big cultural difference!

22. Americans use their cutlery differently. First, they cut their meat with the knife in the right hand and then switch the fork to the right hand to pick up all the pieces. I ate “the German style” with my fork in the left hand and was asked if I was a “lefty”. Because I had no clue that the person was alluding to the handling of my cutlery, I answered, “No, I’m voting Conservative.”

24. While a lot of Americans don’t learn a foreign language and if so, a lot later in school than Europeans, they are very interested in your native language. Also, they are thankfully very forgiving if you make mistakes in English. Presumably this is because they’re just happy they don’t need to speak in a foreign language ;)

25. Even though a lot of people know soccer and it’s getting more popular in the USA, it can never compete with the love of football and baseball Americans have, two sports which most Germans have never watched a full game in their entire lives.

26. Contrary to German showers, Americans only use one instrument for adjusting the temperature and water flow. Plus, the shower head is fixed to the wall in most showers. May I kindly suggest you guys get this device? ;)

Now I want to have your opinion – have I observed anything inaccurately? Or, if you are European, have been to the USA as well and want to contribute your observations? Comment below!

Lastly, let me thank the Wagner family and everybody else who made my two weeks in the USA such a wonderful experience. I hope to be back there as soon as possible!

A Perfect Day on Mackinac Island

A Global Pandemic Canceled My Wedding (+ My Last 8 Months)