Kind of a harsh phrase, No one can harm me unpunished, right? It’s the Latin translation of the phrase that adorns the front of Edinburgh Castle. A warning to all of those that enter. As you’ve probably guessed by now (due to all my excessive Instagram posts), I made it to Edinburgh, Scotland and am absolutely loving it! Also, I should probably mention that the above photo isn’t of Edinburgh Castle but rather the view from Edinburgh Castle!

Last week was orientation week and I started my actual classes yesterday. To visit Edinburgh Castle is normally £16.50 but my business school program organized a free trip there for us. Note: when in business school, never say no to anything that is free!

Typical Scottish weather started out with really gray skies in the morning yet turned to gorgeous blue skies by the afternoon! I swear, this Scottish weather is going to be the death of my really frizzy, curly hair. Oh my goodness, my hair hasn’t looked good since I’ve arrived. But I digress… 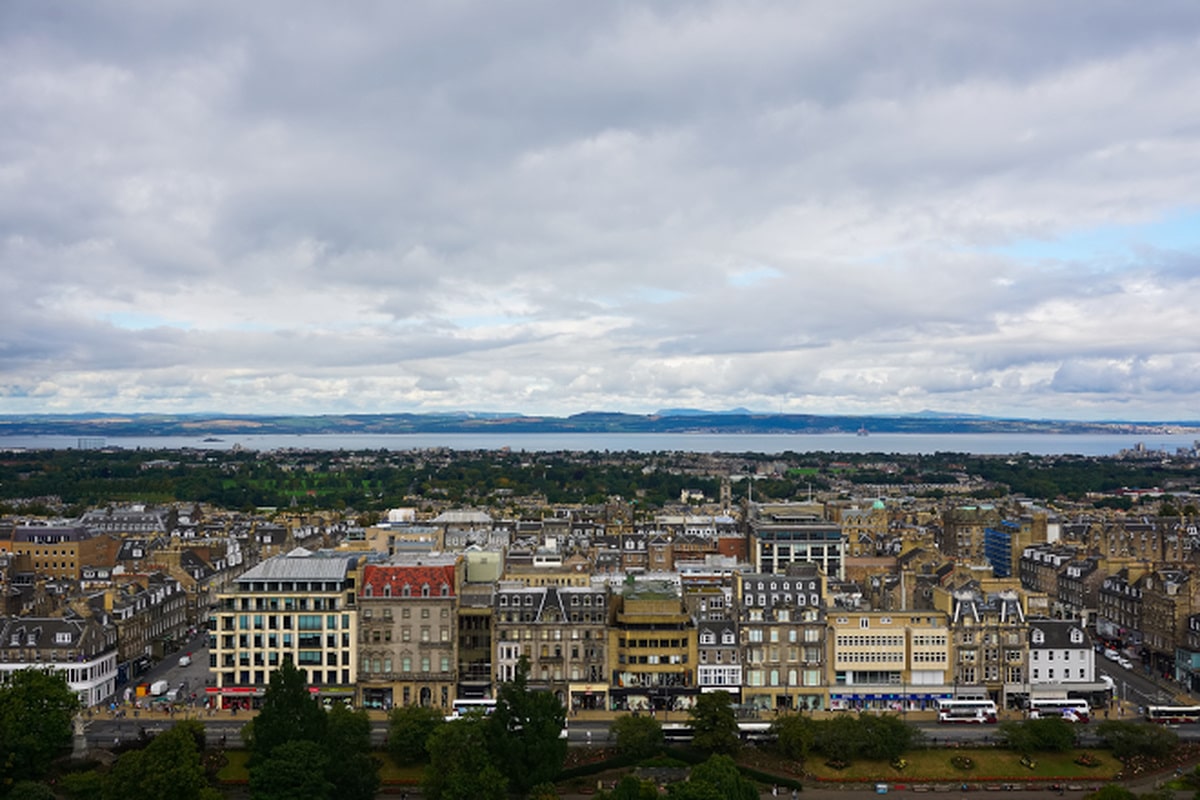 View from one side of the castle! That gun is shot off every day (except Sunday) at 1 pm. I have a video recording of it going off but was so spooked by it that the video turned out very shaky. The tradition began in 1861 and helped ships align their maritime clocks.

The castle was built on a giant volcanic rock. It is believed that the rock has been inhabited since the 2nd century AD. However, the first record of a castle dates back to about 1,000 to 1,100 years ago. Notable residents of the castle included Queen Margaret, King James V, and Mary Queen of Scots. Most of the current day castle was built around the 16th century.

Sister, sister! You’ll be seeing a lot more of my sister Loren on my blog this year because we are doing our business degree together! Also, hello blue sky!!! I see you :)

Around the 1600s, the castle (which looks more like a tiny village) transitioned from being a royal residence to a military base. Even though troops officially left in the 1900s, Edinburgh Castle is one of the only castles in the United Kingdom to still have a military garrison (but it is only used for ceremonial purposes).

Fun Fact: Edinburgh Castle has had 26 sieges in its 1,100-year-old history, making it “the most besieged place in Great Britain and one of the most attacked in the world.”

The biggest military event held at Edinburgh Castle is the Royal Edinburgh Military Tattoo every August. Tickets go on sale December 1st and I already have it on my calendar to buy them. I’m told they sell out very quickly!

In the second picture, you can see Arthur’s Seat (that giant hill) in the background. I’m hoping to climb it again this weekend! Also, see the palace-looking structure with turrets in the third picture? That’s actually the inspiration for Hogwarts and the four houses. J.K. Rowling did her student teaching there. 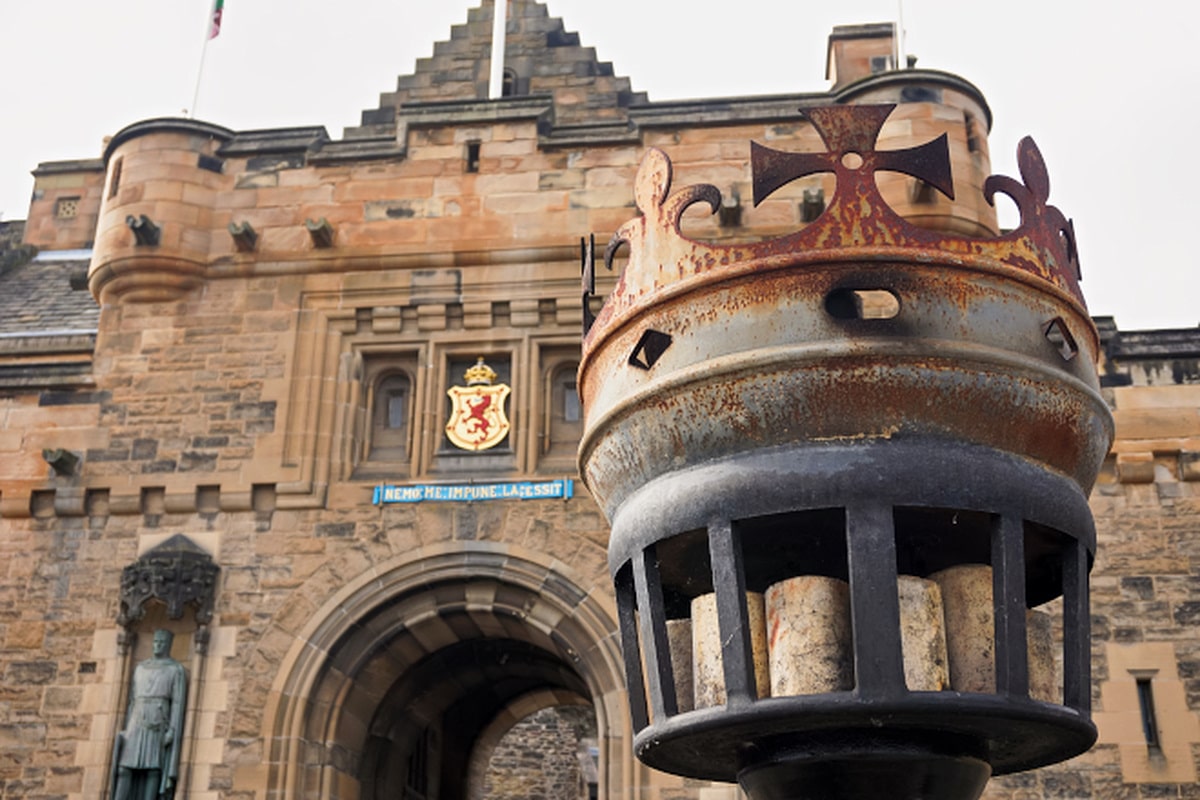 Ok, so this last picture isn’t taken at the castle but from below the castle. I mean guys, seriously, how gorgeous is Edinburgh? Oh my goodness, I’m going to be so spoiled here these next 12 months!!!

Question: It’s my goal to see as many castles as possible this year. What other castles would you recommend in Scotland or Great Britain in general?