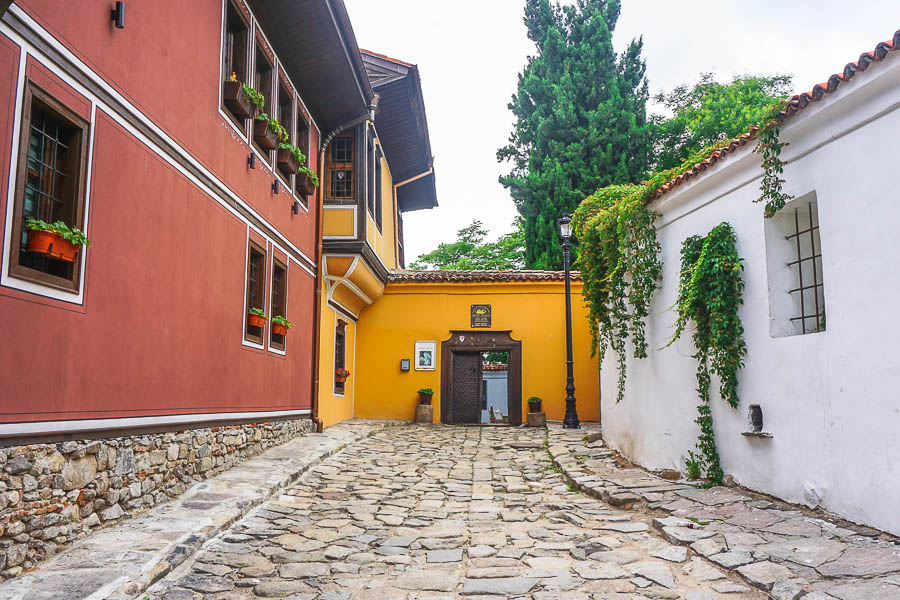 While Sofia has more of a Russian influence, Plovdiv still retains much of its Roman roots. Plovdiv was originally settled by the Thracians (the native Bulgarians) but later invaded/conquered by the Persians, Macedonians, Celts, Romans, Goths, Huns, Bulgarians, Crusaders, Russians, and Ottomans. Quite a list, right? The majority of the city reflects its Roman heritage.

The most lovely restaurant hidden away in Plovdiv. This porch provides wonderful views of the entire city, including the ancient Roman theater, one of the largest and most intact Roman theaters in the world. It is still used for plays, concerts, and operas. I didn’t get a chance to capture a photo of it because it was closed but you can see what it looks like here. It was only uncovered in the 1970s due to a freak landslide!

The garden and outside area of a Bulgarian Orthodox Church. We weren’t allowed to take pictures inside but we could take them outside on the grounds!

I really need to work on my awkwardness in photos. Seriously, could I have posed any more awkwardly?! Not really sure what I’m standing next to in the photo but it looks cool and old. The Roman ruins overlooking the city of Plovdiv. The city was initially surrounded by seven hills and nicknamed “the City of the Seven Hills” but only six of the hills exist today.

Are you starting to get a pattern with all my jumping photos? Also, the lady in the fourth photo with me is one of the kindest people you’ll ever meet. She and her husband both work at the Embassy and opened up their home to me for four weeks. Honestly, they went above and beyond to make sure I had a wonderful time and experience in Bulgaria. Emmania, I miss you!!! 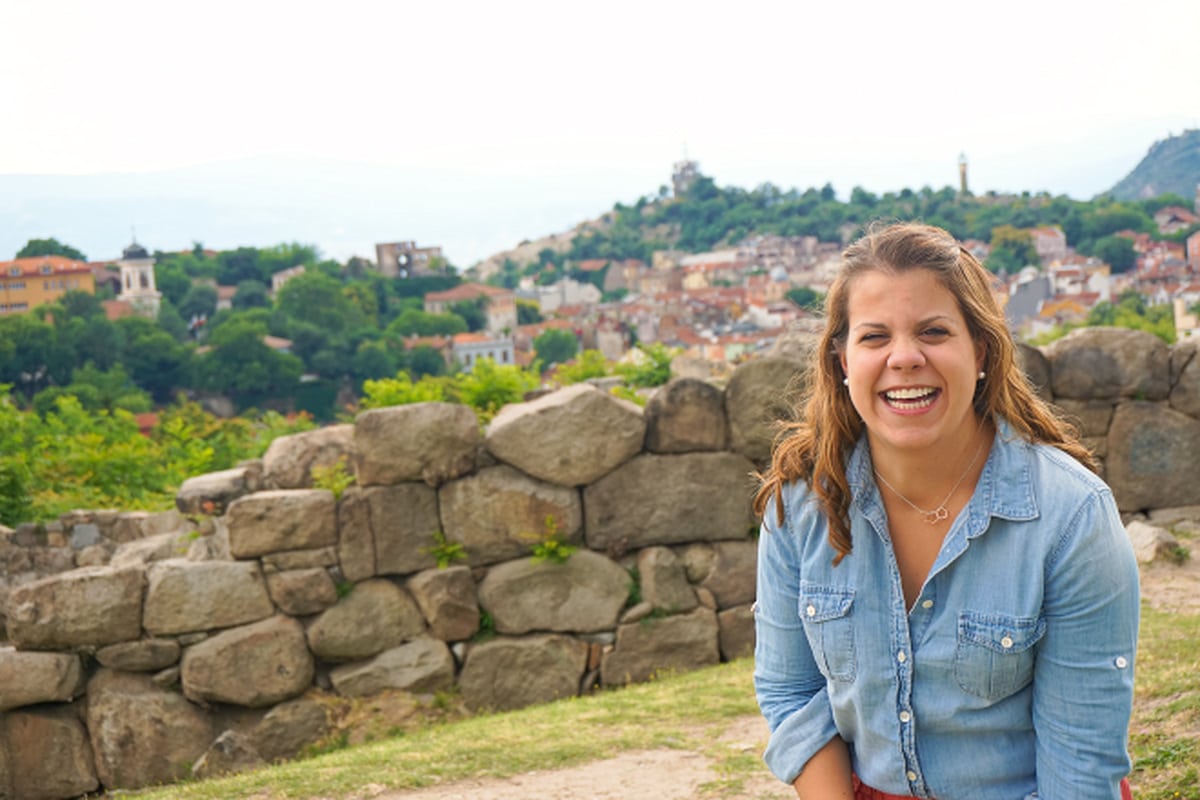 My impromptu photoshoot on top of the Roman ruins. If you’re on my Christmas card list, I can almost guarantee that one of these photos will make the cut this year :) Emmania just kept snapping away while her husband was off on the side making jokes. Half these expressions I had no idea she had captured until I downloaded them onto my computer! What a wonderful surprise :)

We managed to escape the ruins before the rain came pouring down! I think we were all drenched by the time we got back to the car. Thankfully, we made it back to Sofia in one piece (after having to get our car jumped on the way to Plovdiv!). I seriously can’t rave enough about Plovdiv or the entire country of Bulgaria. There is something so charming, yet authentic about the entire country. Do yourself a favor and go book a ticket to Bulgaria ASAP! If you’re looking for more specific details on what to see and do, check out this post for an in-depth Plovdiv guide! Question: Where are your favorite Roman ruins located? I love the ones in the most unexpected locations (like Bulgaria!)

No one can harm me unpunished // Edinburgh Castle

On Top of the World // Arthur’s Seat – Edinburgh