On July 22, 1620, a small group of individuals boarded the Speedwell in Delfshaven (Delft Harbor). This wasn’t an ordinary journey though. These individuals were leaving Europe behind and embarking on a journey to a new, foreign land – present-day United States. A few days after leaving Delfshaven, the Speedwell met up with the Mayflower to continue the journey to the New World. Due to taking on water, the Speedwell never made it the New World. However, almost everyone abroad was transferred to the Mayflower. Those people on the Speedwell – their beliefs, perseverance, religion, and faith – founded what would become a new nation, the United States of America. 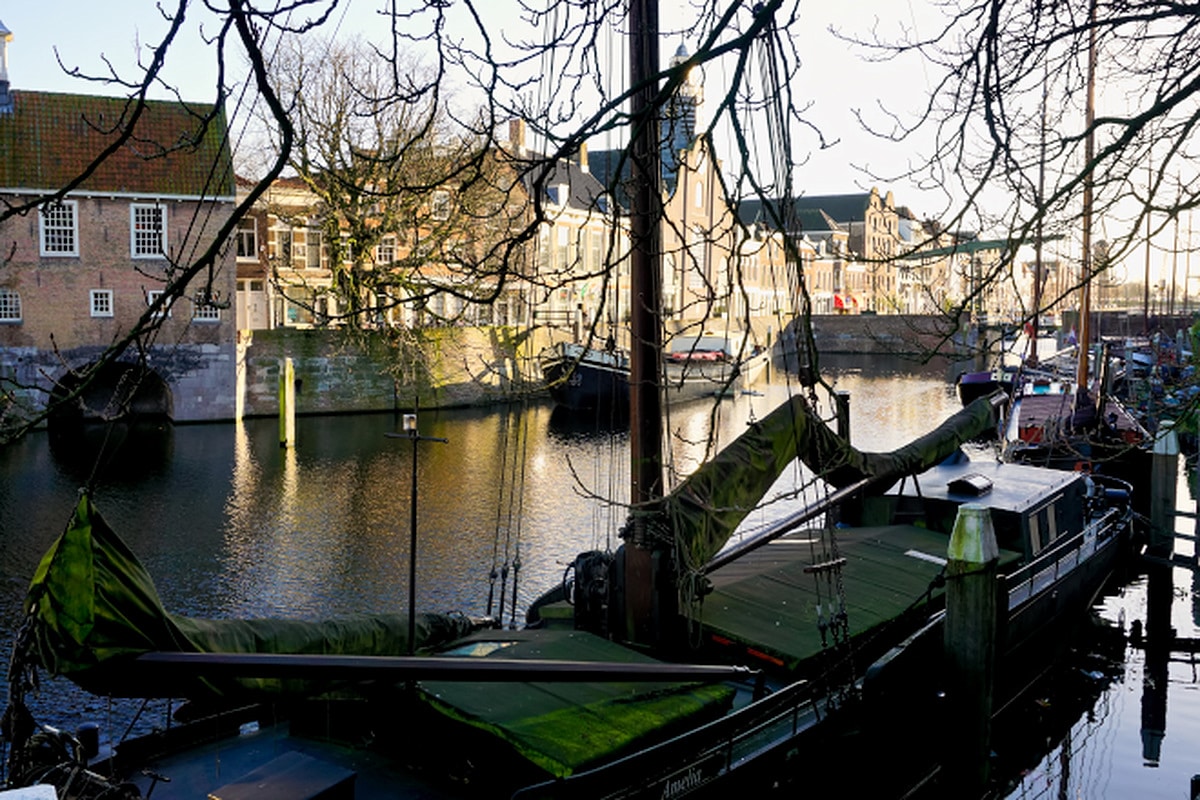 While Delfshaven used to be a bustling port, it is now a quiet neigherborhood of Rotterdam. Before 1811, Delfshaven belonged to the city of Delft. It became independent in 1811 but requested to be annexed by Rotterdam in 1886. At the height of its importance, Delfshaven was one of the main ports for the Dutch East India Company and Dutch West India Company.

See that steeple in the above photos? That’s the Pilgrim Fathers Church. Before boarding the Speedwell, the pilgrims knelt down in prayer at the church. The church was then named after them.

On May 14, 1940, Rotterdam was almost entirely destroyed by German bombing. There is a lot of controversy surrounding this bombing because it ignored a previous ceasefire and resulted in mostly civilian casualties. The British previously had a policy of only bombing military targets and infrastructure that would aid the Germans. The day after the bombing, however, the British abandoned that policy and subsequently carried out its first bombing on interior Germany.

Because the majority of Rotterdam was destroyed during the bombing in 1940, city officials decided to just flatten the entire city and rebuild it from scratch. Today, the city is one of the most modern cities in the Netherlands. However, Delfshaven remained untouched during the bombing and is now one of the only historic areas left in the city.

I must have taken at least 20 photos of these streets because the bricks and stones got me every single time! Plus, the lighting was oh so wonderful and kept reflecting in the best ways!

If you’re in Rotterdam, definitely don’t skip Delfshaven. It is a quick metro line from the city center! Take metro line A, B, or C towards the “Delfshaven” stop. Enjoy your time!

The White Cliffs of Dover // Dover