This trip was one for the bucket list. After countless European winters passing and no trip to the Alps, I finally got to fulfill this item the end of March. The Prince’s mother asked us way back in October if we wanted to go on this vacation with her and the rest of the family. Before she was done speaking, I had already requested the time off of work and began organizing all the clothing and equipment I needed to bring back from the USA at Christmas time.

The Prince and I hopped on a night train with his brother and brother’s girlfriend down to Innsbruck and awoke in the hills where Julie Andrews may or may not have sung (if you don’t get this reference, I don’t think we can be friends ;) ). After catching another train to Landeck and then an hour bus ride afterwards, we finally arrived in the heart of Tyrol country – Serfaus, Austria

These pictures above were taken from the balcony of my hotel room. The fog was insane the day that we arrived in Serfaus. During our week-long trip, we had a few days of heavy fog – so heavy that I actually couldn’t snowboard because it was impossible to see in front of me. Below are some pictures from my hotel balcony during sunny weather! 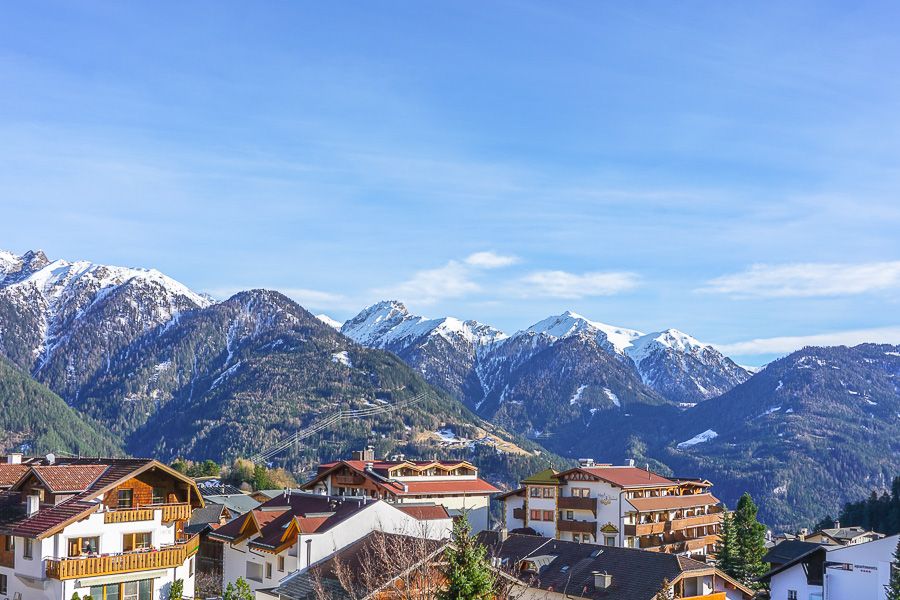 I made the mistake of initially not signing up for a snowboarding course (still kicking myself because they had a deal of 6 days of lessons for only the price of 3 days!). I’ve probably been snowboarding a total of 10-15 times in a 10-year period so my snowboarding skills were rusty at best! Signing up for the lessons about halfway through the week was one of the best decisions I made! Being 100% self-taught, it really helped to improve my technical skills. Additionally, it gave me the confidence boost I was really needing and I actually managed to go down all the red (intermediate) runs!

You can actually see the beginning of the ski resort in this photo! The weather was soooo warm while I was there that the runs towards the bottom were horrible (slushy, icy snow). Plus, I was sweating like crazy in my sweaters and ended up going without a jacket at some points. The runs significantly improved the higher you got though!

Looking at these photos remind me of the Sound of Music, only one of my all-time favorite movies (and ironically, a movie that isn’t popular in Germany or Austria at all!). 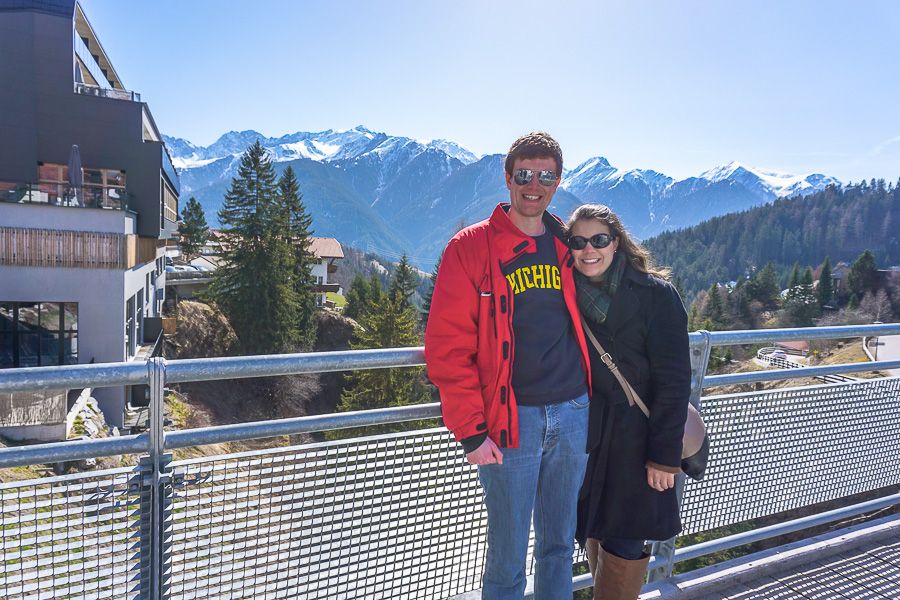 I would like to say that there is some weird editing going on with the Prince’s face/skin but unfortunately, that’s how it actually looked (hahaha!). We might have *forgotten* to wear sunscreen the first day and he got so extremely burnt (and I got a very pink nose)! We learned our lesson but it really messed us up for the rest of the week because regardless of how much sunscreen we used, the burn didn’t go away. Poor Prince and his fair skin/freckles/red hair – he got as red as a lobster! (This photo was taken on our last day in Serfaus). Also, I’ve totally converted that boy to being a Michigan fan (Go Blue!).

I loved coming to Serfaus so much because it’s played such an important role in the Prince’s life and his entire family. His mother started coming to Serfaus as a young child when the village was only a small cluster of houses and hotels. Throughout the years, it has grown quite substantially. However, the population is still only around 1,100. The Prince’s mom has actually come to Serfaus so much that she was made an honorary resident of the village and has a special card! 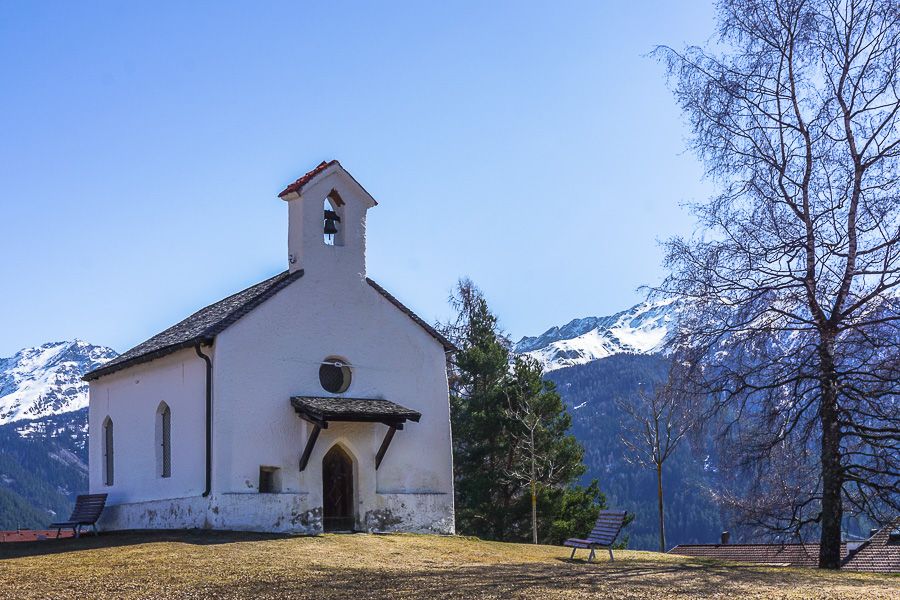 Does anyone else totally get reminded of the opening scene from the Sound of Music when they see the above pictures?! I *may* have reenacted it when I stumbled upon this hill (that’s alive!) and church.

Here’s a fun fact about Serfaus – it has the second-shortest subway line in the world! The entire subway line is 1280 meters (0.80 miles) long with 4 stops and only one train operating at a time. The town officially banned cars in the village in the 1970s so this subway line is the only way to get from the parking lot outside the village to the bottom of the mountains.

Although a major tourism destination, Serfaus holds a special charm due to its authenticity. When walking down the main street, there are still farms (like this one above) located directly next to hotels and guest cottages. It is quite amazing how the village has continued to grow yet retained its original roots.

Getting to Serfaus definitely isn’t the easiest trek! Located in the heart of Austria’s Tyrol region, the Prince and I took an overnight train from Hamburg to Innsbruck (about 10-11 hours). We then had to take an hour train from Innsbruck to Landeck, and an hour bus ride from Landeck to Serfaus. Word of warning for the bus ride – if you’re prone to motion sickness (like me!), just know that the bus winds through the Alps. I was fine getting to Serfaus but got quite motion sick on the way back to Landeck due to an overheating bus. Bring plenty of water with you, dress in layers, and sit up front to avoid getting motion sick!

Pin the Below Photos!

Do you have a favorite skiing or snowboarding location?
1.0Kshares
Serfaus

How to Travel with a Chronic Condition