A few weeks ago, I briefly talked about my family’s 7 week vacation throughout Europe 2 summers ago. I mentioned that while in Europe, my family (all 8 of us) traveled by a stick shift minivan. While that was quite an adventure, I don’t think I ever mentioned how my family got over to Europe!

My parents, especially my Dad, hate flying. They aren’t scared of flying…they just really dislike it. With almost everyone in my family being over 6’0”, planes are extremely cramped and very crowded. For my Mom’s 40th birthday about 15 years ago, my parents went on a 1 month cruise and left all 7 of us kids with my wonderful (saint-like) grandparents. My parents spent 2 weeks going to and from Europe on the Queen Elizabeth 2 (QE2) and another two weeks on a Seabourn cruise throughout the Mediterranean Sea.

We’ve always talked about “reliving” that experience and taking a transatlantic cruise as a family. Well, this provided the perfect opportunity! While the QE2 is no longer in service, the Queen Mary 2 (QM2) was built to replace it. The QE2 and QM2 are owned by Cunard. Cunard also owns White Star Line, which built the Titanic.

My experience on the Queen Mary 2 is something I’ll never forget. Growing up, I had this fascination with shipwrecks. I read everything I could about the Titanic (my favorite) and loved anything to do with shipwrecks. Our captain on the QM2 actually announced when we were sailing over the wreckage of the Titanic! I saw the movie, Titanic, in theaters (who thought that movie was appropriate for a 7 year old?!) and was Rose for Halloween that year. I even wore a lifesaver that said “RMS Titanic” around my neck…by far my best Halloween costume!

The Queen Mary 2 is the largest ocean liner in the world. What’s the difference between a cruise ship and an ocean liner? The main purpose of a cruise ship is for pleasure and the start/ending port is usually the same whereas an ocean liner’s main purpose is to transport people from point A to point B (and usually has a different starting/ending port). While I didn’t get the opportunity to take the ship from New York City to Southampton, I sailed back with my family from Southampton to New York City.

Besides being the largest ocean liner, the Queen Mary 2 is the only ship to have a consistently scheduled transatlantic crossing. Furthermore, it is one of 4 ships in operation to be designated with “RMS (Royal Mail Ship)” by the British government. Cunard currently only has 3 ships in service: the Queen Mary 2 and two smaller ships: the Queen Victoria and the Queen Elizabeth, which are both considered cruise ships and not ocean liners.

I can’t even begin to describe my time abroad the Queen Mary 2. It felt like a throwback to a hundred years ago. Everything was super formal and “British.” Lots of the traditions from the Titanic’s era are continued today. Before the ship left New York City, they handed out American flags and all the passengers waved them as the ship left port. In Southampton, the Queen Elizabeth was in port as well and left only a few hours before we departed. They had a ceremonial send-off between the two ships which consisted of multiple horns being exchanged between the 2 ships. Every night was a formal dinner and the service was beyond superb!

The Queen Mary 2 has the largest library at sea, a planetarium, 15 restaurants/bars, and elegance around every corner. The only downfall was that the average age on the ship was 66 years old. Fear not, the Wagner children still made plenty of friends! To be honest, we spent a majority of the time eating (omg, the food and the midnight buffet!), drinking, and sleeping. Plus, Travis Barker of Blink-182 was on the ship so we spent a good portion of the time trying to find him! :) In case you were wondering, he was spotted multiple times at the gym and midnight buffet! 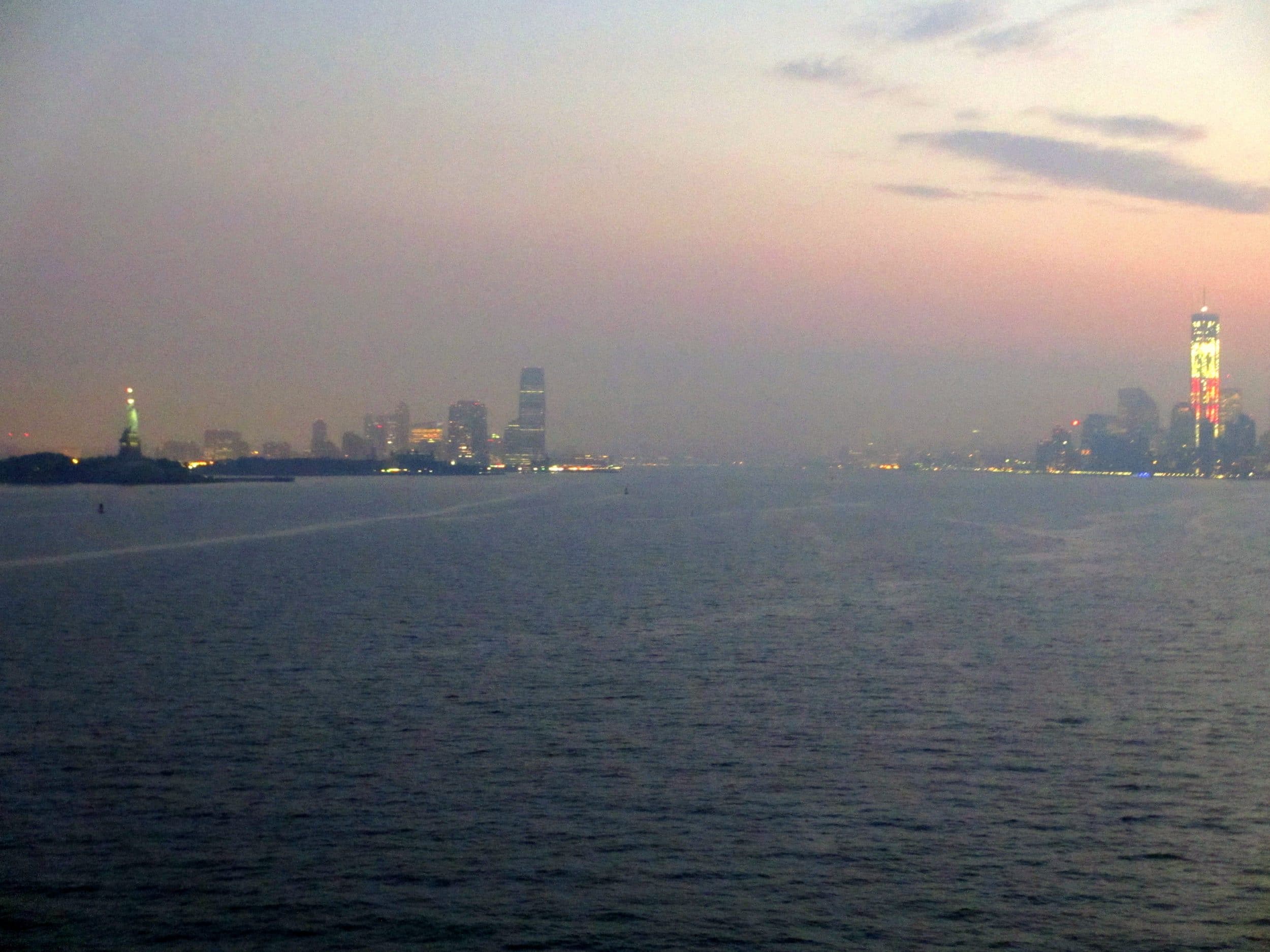 If you’ve ever thought about doing a transatlantic cruise on the Queen Mary 2, I would HIGHLY recommend it! For someone who gets motion sick quite easily, I only felt sick for about 2 hours on the second day. The length of the trip is 8 days/7 nights…leaving Southampton in the evening and arriving in New York City early in the morning.

Why do I Relay For Life?