For the past few weeks, I’ve been kindly asking (umm, potentially pestering) Margo from Guten Blog Y’all to come to the largest pumpkin festival with me in Germany! I met Margo this past spring after seeing tweets from her. She’s also an expat in Heidelberg and we hit it off immediately (I mean, she likes traveling, J. Crew, good coffee, and wine…how could I NOT like her?!). After spending Friday together celebrating Halloween (I went as Britney Spears and refuse to put pictures on my blog but if you’re interested in my costume, check it out over on Instagram), we decided to venture to the pumpkin festival on Saturday.

We headed about 90 minutes south of Heidelberg to Ludwigsburg, Germany (near Stuttgart) to see the largest pumpkin festival in Germany! The festival is held on the grounds of the Residenzschloss Ludwigsburg (Ludwigsburg Palace). I’d actually been to this palace before during my study abroad in Tuebingen in 2012…it is massive! It was built by Duke Eberhard Ludwig of Württemberg in the early 1700s and was meant to mimic Versailles. It is one of the largest Baroque palaces in Germany and has an extensive garden both in the front and back. Because the palace wasn’t bombed during World War II, it is presented to the public just as it was around 1800.

Each year the festival has a theme and this year’s theme was “Royalty.” Seemed pretty fitting to me! All the pumpkin sculptures somehow pertained to “Royalty” and it was fun trying to guess all the sculptures. I’ll let the pictures speak for themselves but these sculptures were out-of-this-world amazing!

This palace is pretty stunning, isn’t it? 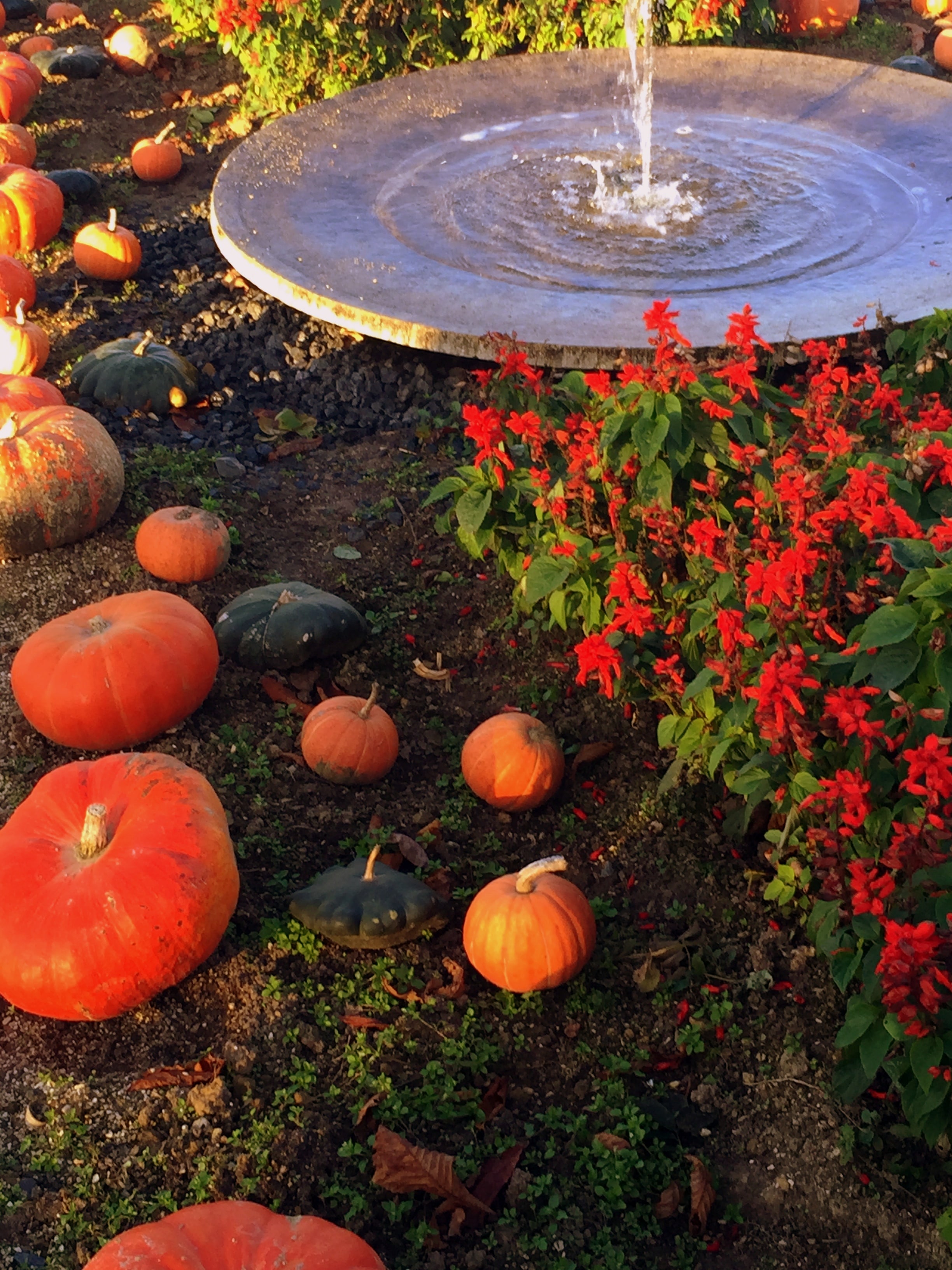 Margo in action. With Dan (her husband) and Stuart (her cuddly dog) in the background :)

The beautiful gardens of Ludwigsburg Palace.

The King from a deck of cards.

So many pumpkins to buy! I was amazed that they had so many different shapes and sizes.

Nom nom nom…so many free pumpkin samples! It was all so yummy.

These pumpkin fries with pumpkin ketchup were the bomb.com

T-rexes. King of the Dinosaurs!

We call him the Frog Prince in English but the Germans say, “Froschkönig” (Frog King)

Not sure what this is….but it won some award!

How to entertain your children: get a bunch of hay and let them throw it at each other.

Margo and I! Thanks for such a wonderful day xoxoxo

Thanks Margo, Dan, and Stuart for such an awesome afternoon and evening in Ludwigsburg!