Poland has been high on my travel list since I started this blog almost three years ago. When I initially outlined the 30 countries I wanted to visit before I turned 30, Poland was number one. However, even though it borders Germany, I never had the opportunity to visit the country when I lived in Germany. Thankfully, cheap flights from Edinburgh to Poland and a university break allowed me to take full advantage of traveling through the entire country.

To be honest, I only booked my plane ticket to Gdansk because it was non-stop and super cheap. Prior to booking the flight, I hadn’t really even heard of Gdansk and thus decided to only spend a night in the city. Well, that ended up being one of my biggest regrets because Gdansk is GORGEOUS. Seriously, out-of-this-world stunning! Please excuse me in advance for the amount of photos I’m going to share with you!

The most surprising part about Gdansk was how colorful it was. For as many former communist countries that I’ve visited, I should really know better. But I still just have this stereotypical view of the concrete buildings and grayness of these countries.

Also known as Danzig (the German word for Gdansk), this city has been a major port city along the Baltic Sea for hundreds of years. The unique architecture is due to the city frequently bouncing between Polish rule, German/Prussian rule, and self rule as a “free city.” The complex  and intricate history of Gdansk has made it a tourist hotspot in recent years. 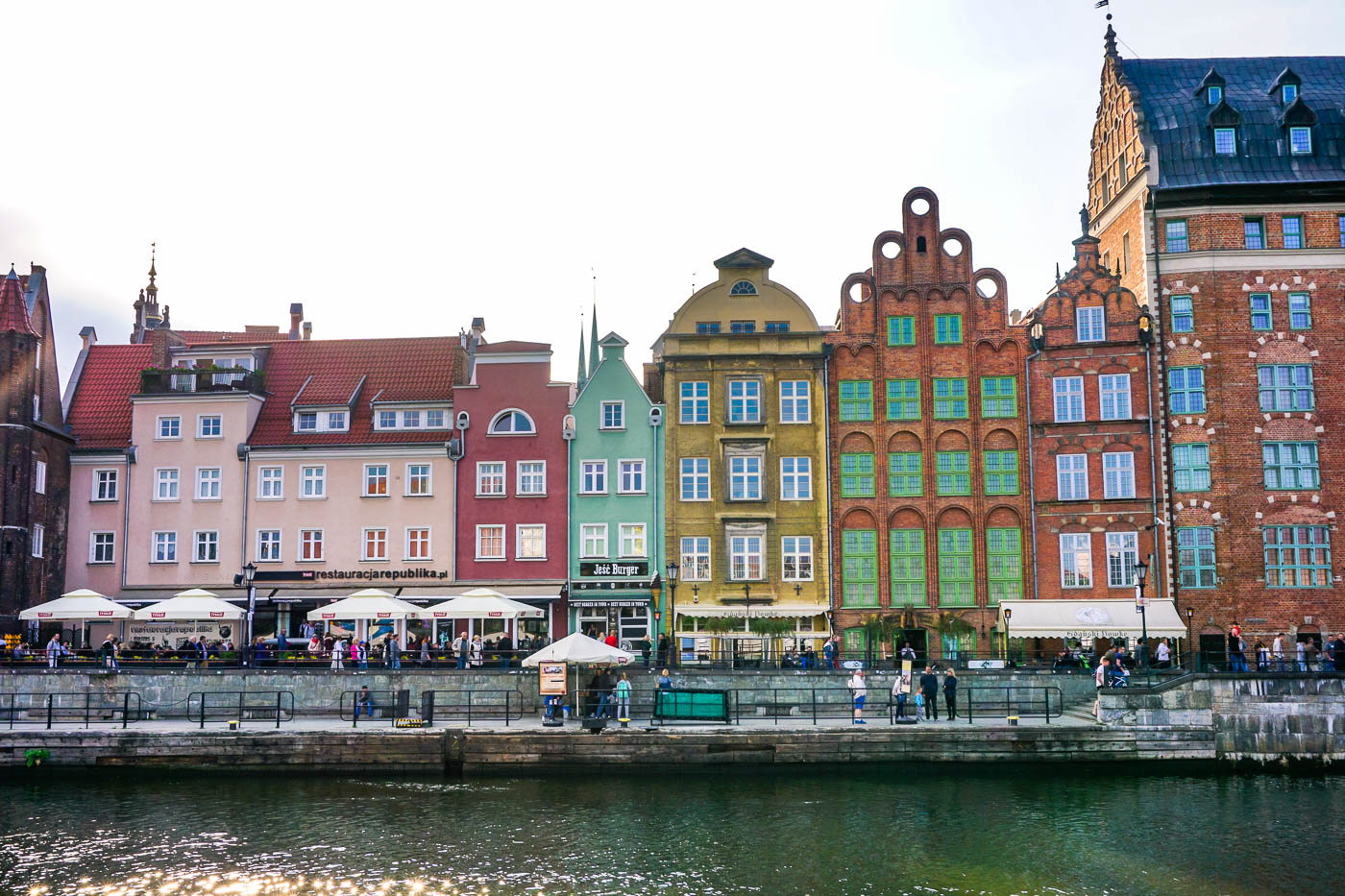 Besides tourism, the shipping industry still plays a major role in Gdansk’s economy. The Solidarity trade union movement, which eventually led to the downfall of Poland’s communist party and sparked other revolutions in communist countries, started at the shipyard in Gdansk. A huge museum has been dedicated to this movement and its leader Lech Walesa, who eventually became President of Poland in 1990. The city has an abundance of gargoyles everywhere, especially on Mariacka Street! Not only are they beautiful but they serve a practical purpose of draining all the rainwater. Besides walking the street to spot all the gargoyles, I’d highly recommend stopping into Drukarnia Cafe. One of the best lattes I’ve ever had. 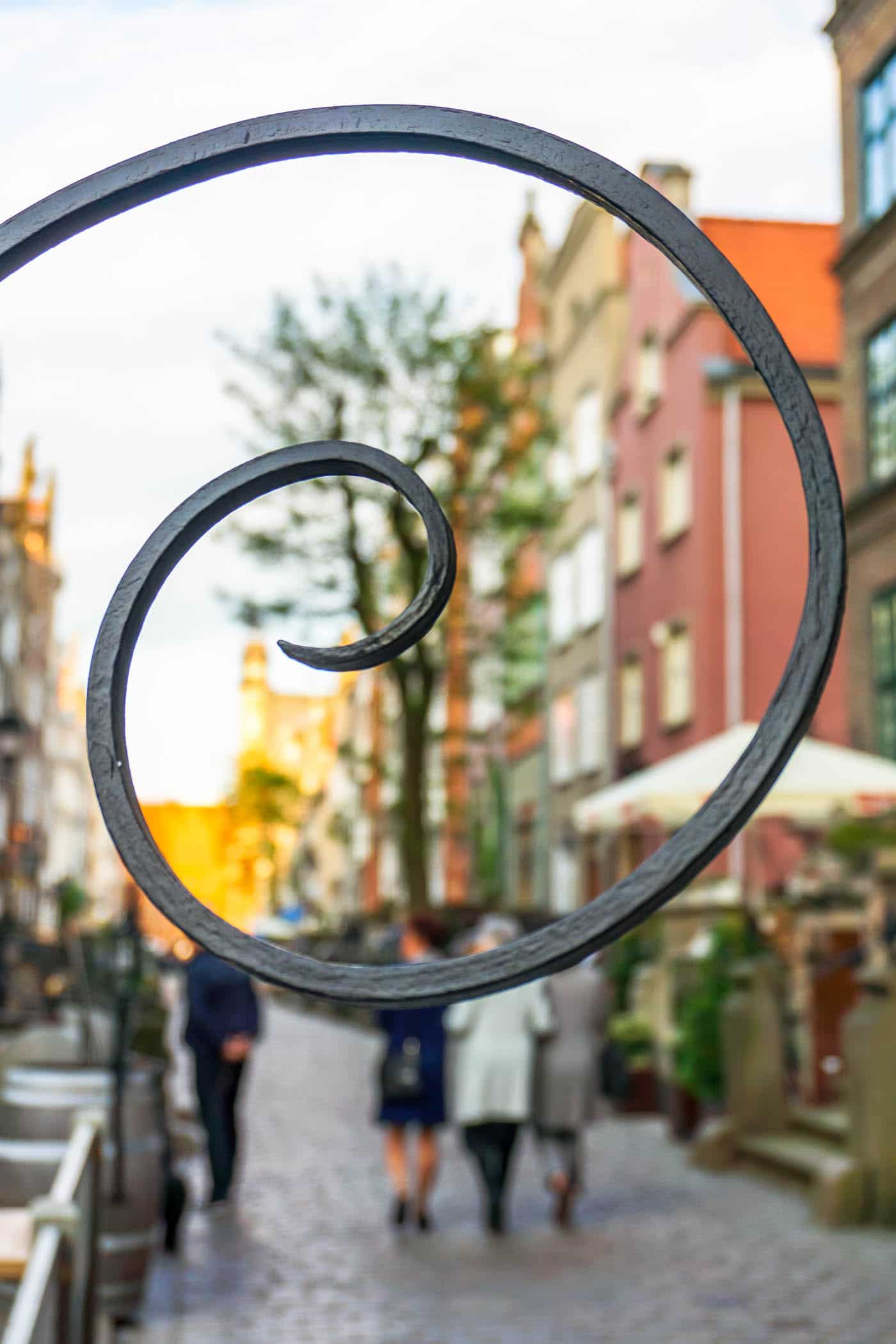 I arrived in Gdansk on Corpus Christi AND Mother’s Day, which I didn’t realize until I noticed that the ENTIRE city was in the Old Town celebrating. There were stages, bands, parades, costumes, etc. Between that and the awkward afternoon/evening lighting, I decided to wake up early the next day and photograph a lot more of the city (and I still made my noon train to Krakow!).

One of my absolute favorite photos! I can’t get over how majestic the building above looks. Also, wanting the best pierogies of your life? Check out Pierogarnia Mandu! It was given to me as a recommendation from my hostel and they were so mouth-wateringly good. After leaving the restaurant, I looked them up online and TripAdvisor ranks Pierogarnia Mandu as the 3rd best restaurant (out of 374 restaurants) in all of Gdansk. Plus, it was so insanely cheap! 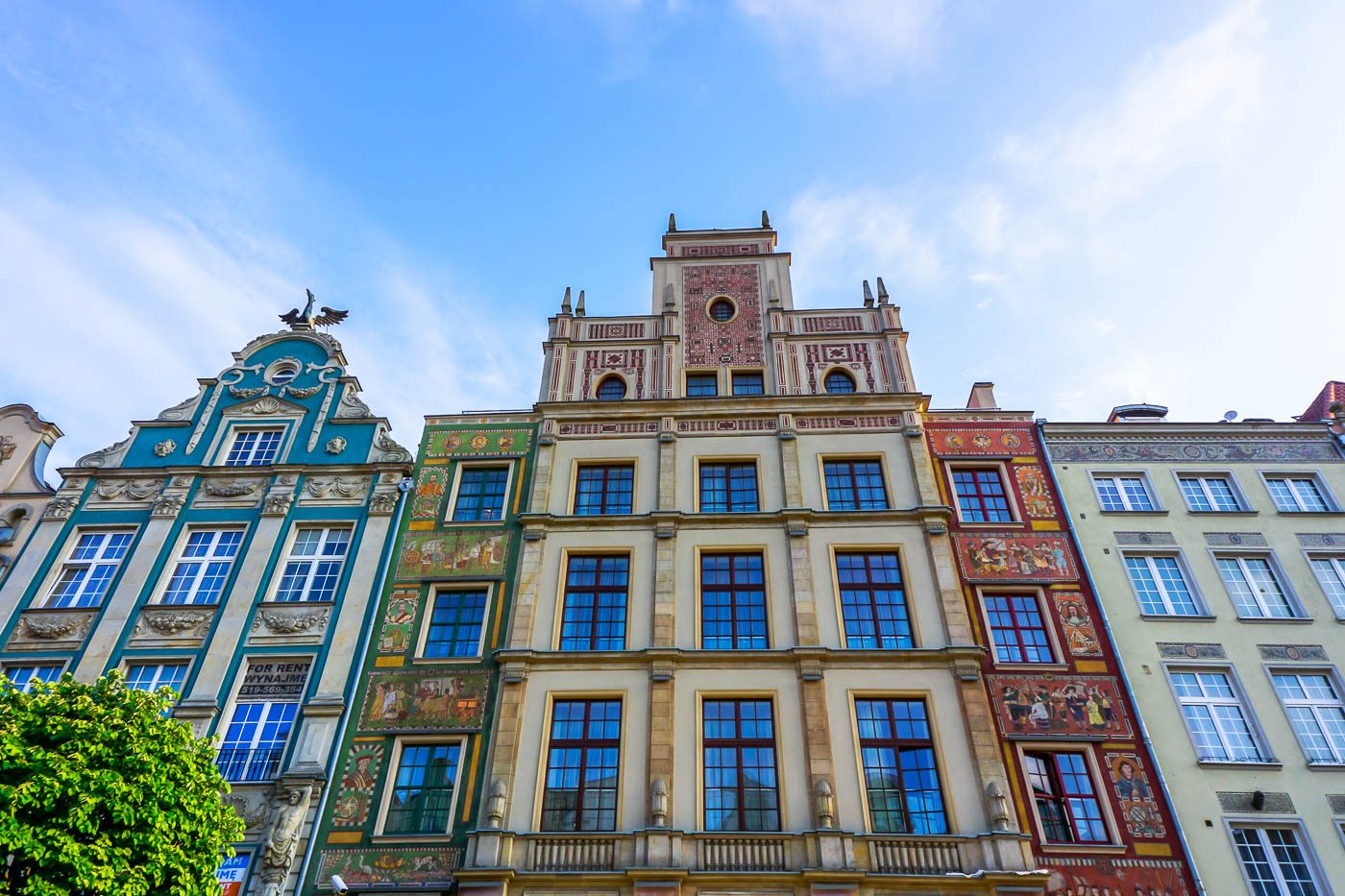 The many building facades of Gdansk because really, how do you just choose one to display?! I couldn’t get over all the colors and differing architectural styles! 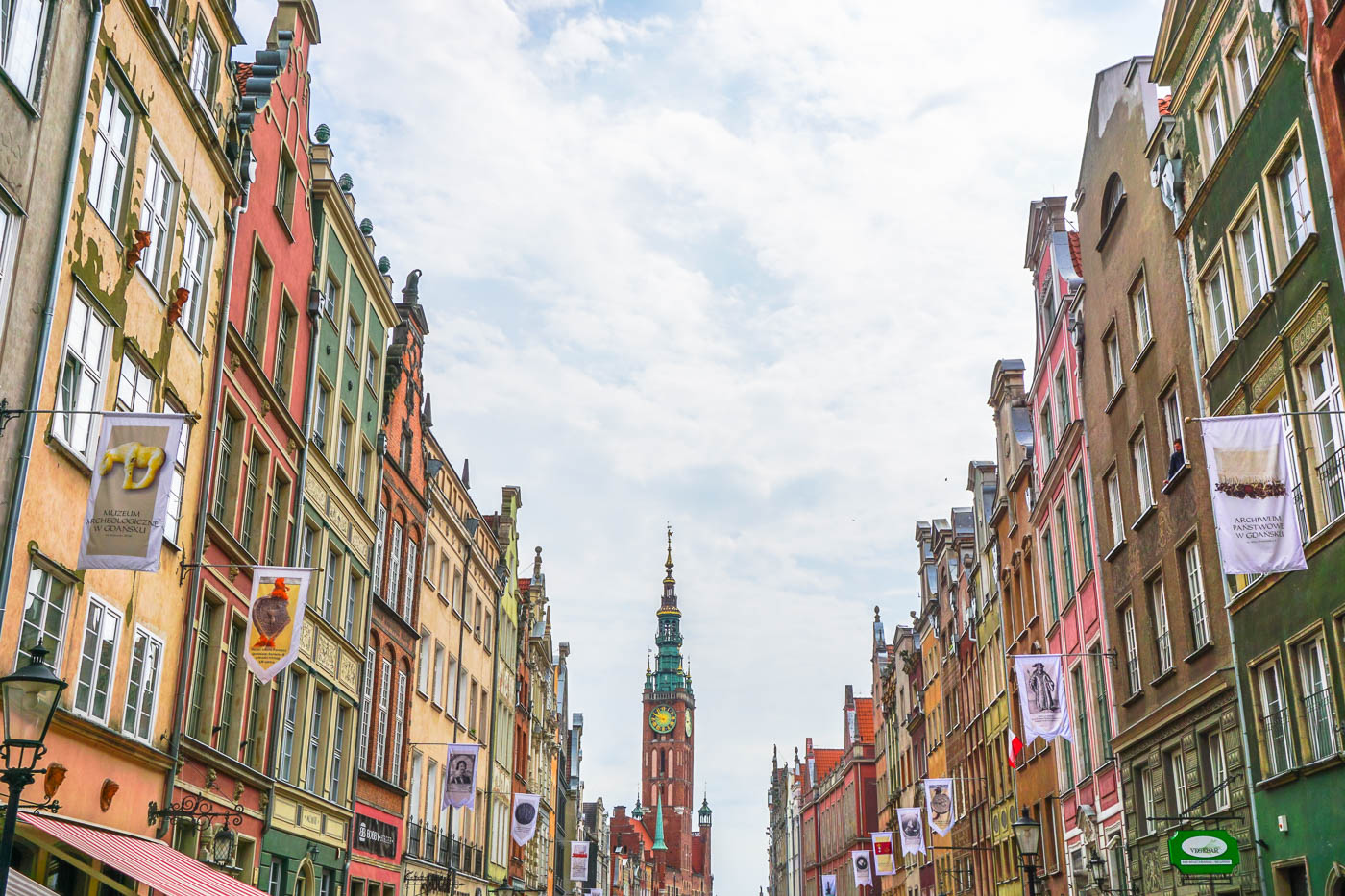 I think everyone can agree that after these photos, Gdansk has shot up to the top of their travel bucket list! I mean, how could it not?! Watch out for more posts about Poland because it might just be my new favorite country in Europe (obviously behind Germany!).

Question: What country and/or city was the most pleasant travel surprise for you?